Also one of my dreams came to reality, one Sunday evening about 3 weeks ago I was looking in my garage on all things that had to be sandblasted and wondered when I we could be able to find someone that could help me.
The next day they called me from one of our workshop at work asking if I wanted a sandblaster cabin....HELL YES....2 hours later I picked up this cabin. Only 6 years old and barely used.

So now most of the parts is blasted and epoxi painted ( no pictures of that)... 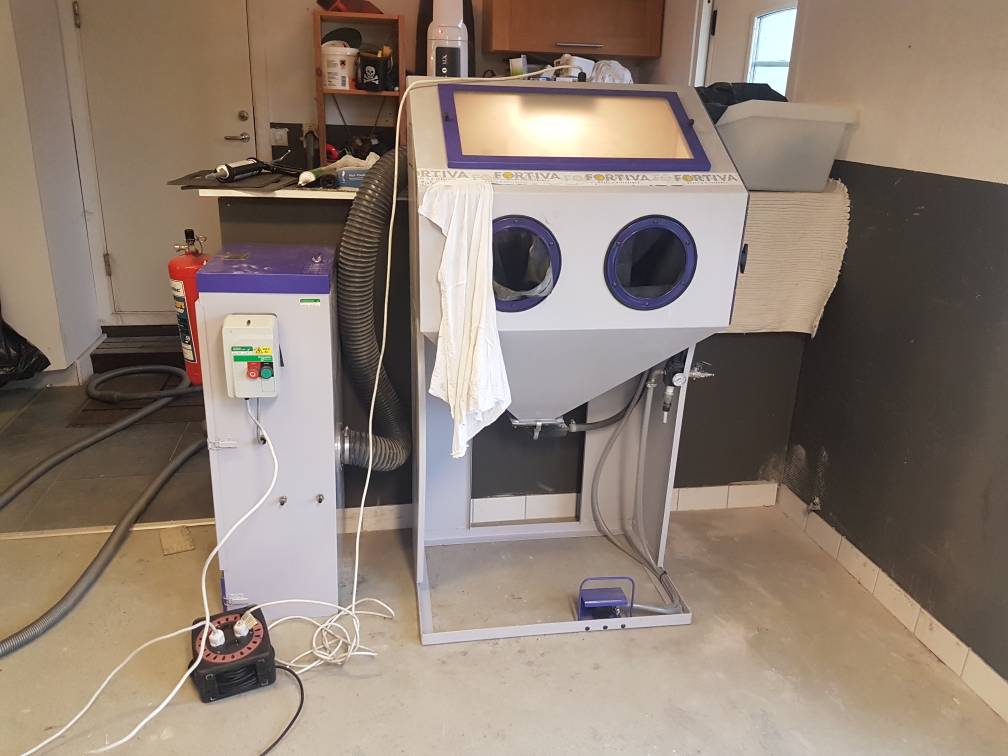 Looks great and even better that you’ve done it all yourself. Well done.
"...scum is scum wherever you go" D.C.I. Gene Hunt


Sooty wrote: You are a god Lee.

Last weekend I bought a 25hp engine and also got a gearbox with it.
The gearbox had short splined drive shafts and no gearbox number.
The engine had the engine number behind the fan house ontop of the engine.
I got the tip that it could be parts for a Tempo Matador so this saturday I went back to the seller and and he had no clue about this.
The engine was in the barn when he bought the place 19 years ago.
I left and stopped about 1km away at a house were I saw some people standing.
One of this older guys knew about a wreck in the forest about 400 meters from the farm I bought the engine.
He showed me the place and there it was.
He had lived there since 1971 and the wreck was standing there already at that time.

And this sunday I started the rescue of it.

The pick-up was standing on its wheels but it has sunk down in the ground 10-20cm.
So I started some digging

And now it is standing on it wheels ready to get it out of the wood and the brakes on the rear wheels can also now rotate...

Here are some pictures of when i found it.

Here can you see the rescue....

I guess I'm going to keep it