Hi, this is my first go at a Splitscreen but I’m very familiar with Bays and T25s having restored many of both.
It’s a 64 panelvan, lhd imported by someone else but we believe it was some kind of Fire truck in New Hampshire!
It may have been used as a fridge van at some point cos there’s what I think is a ceiling mounted air con unit and lots of polystyrene insulation in the back!
Anyway, I found it last year in the corner of a workshop when I went to buy some cheap alloys for my bay singlecab, enquired as you do to its intentions and ended up doing a deal, so much for cheap alloys! 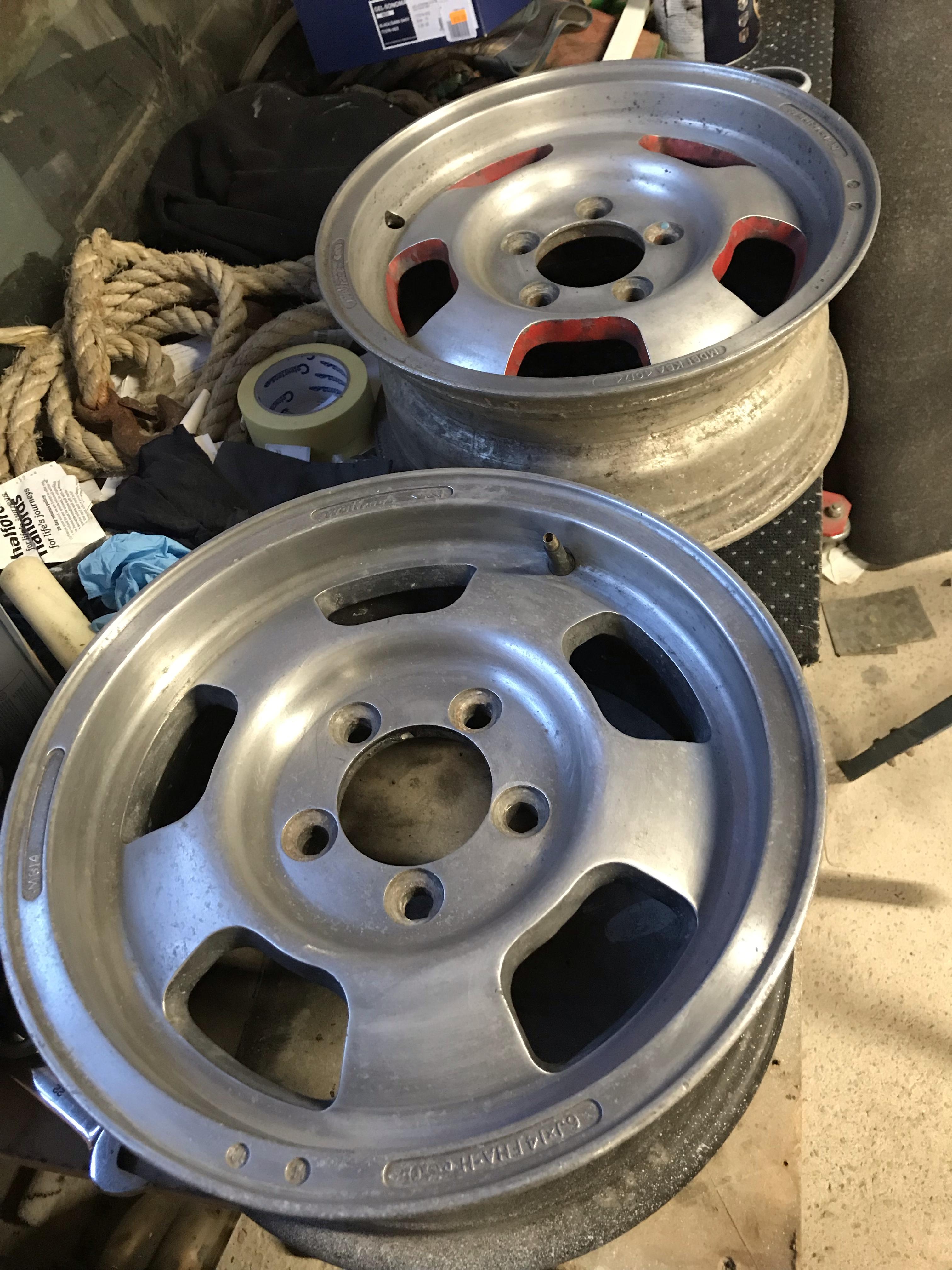 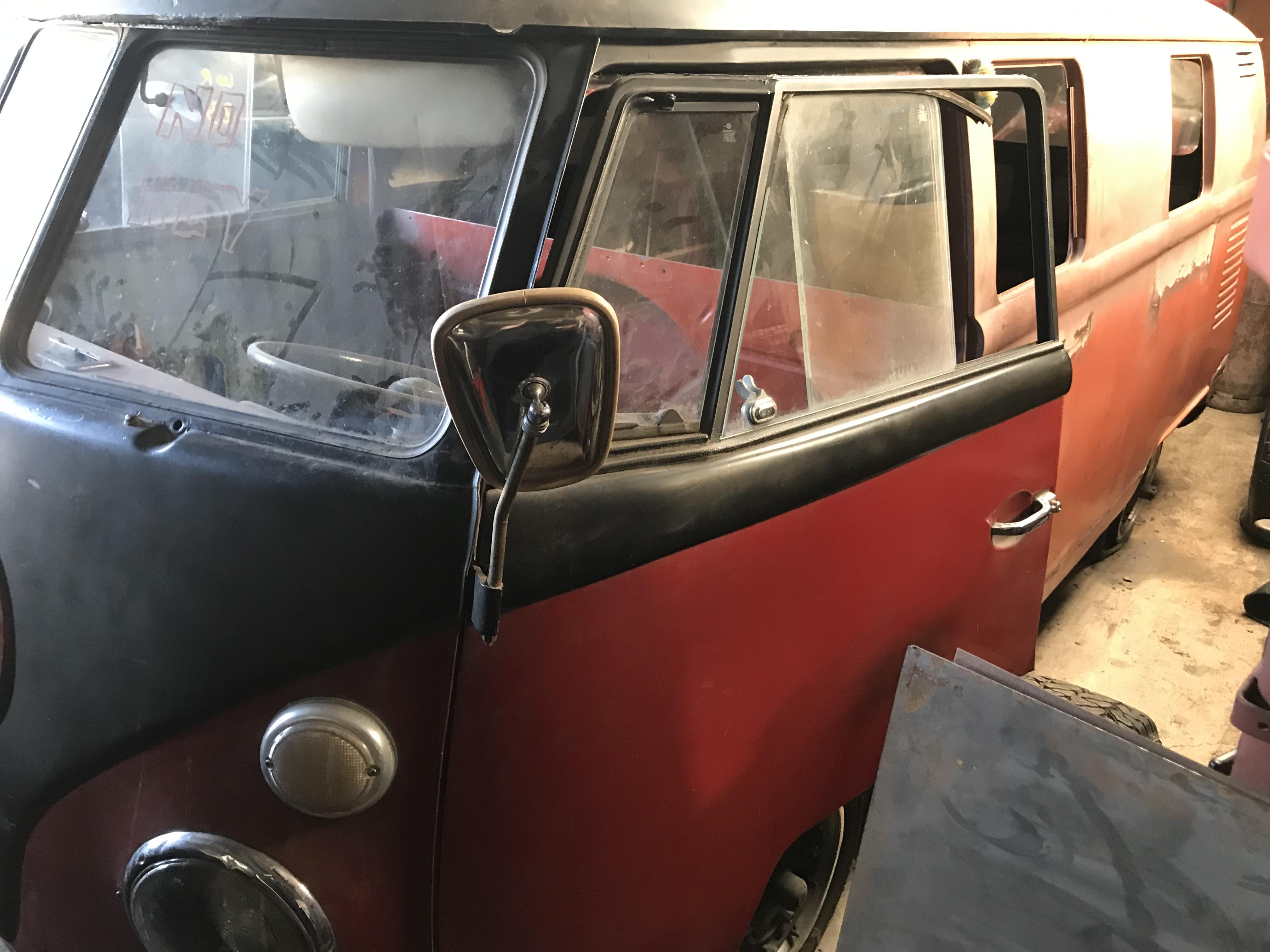 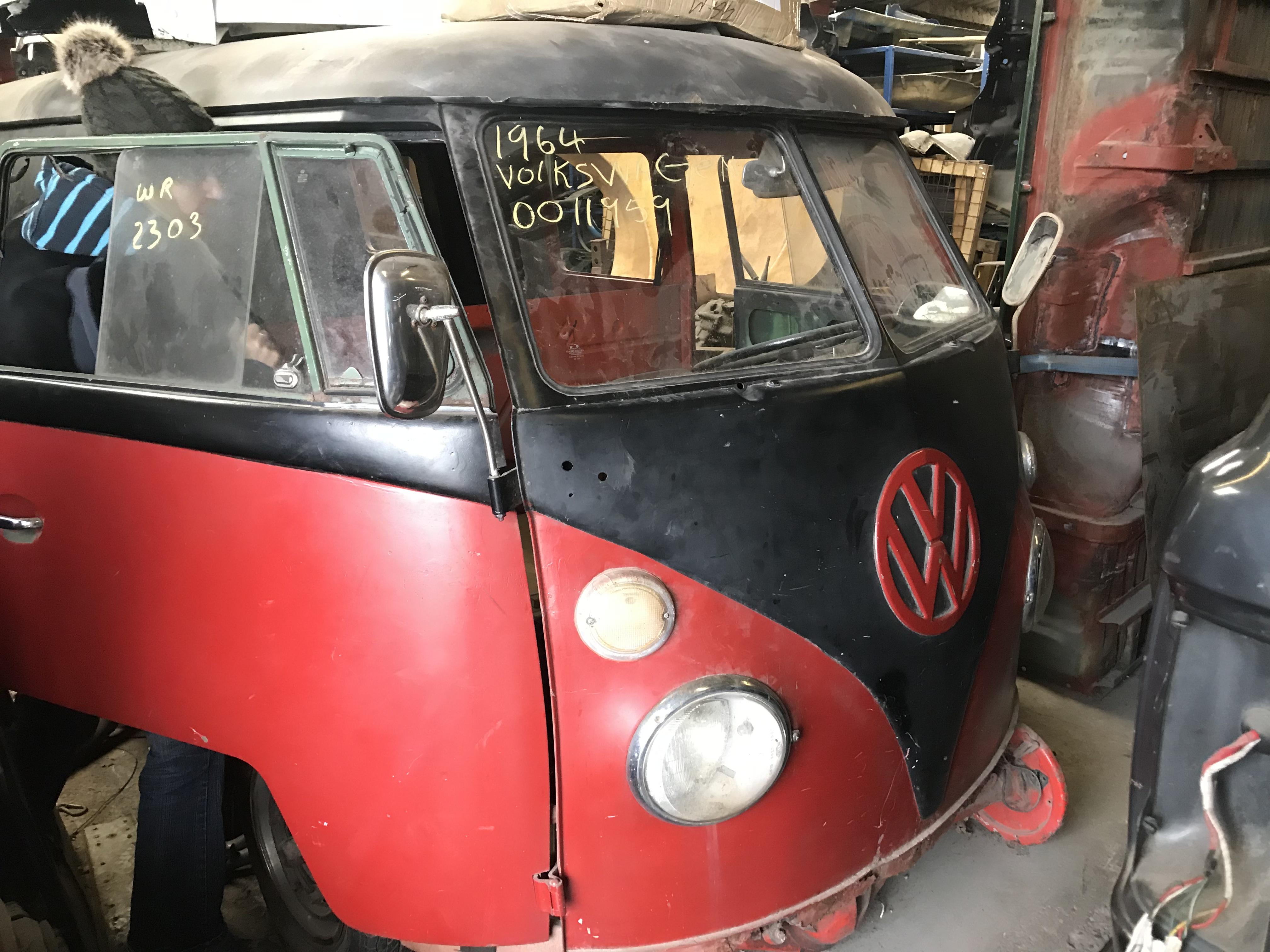 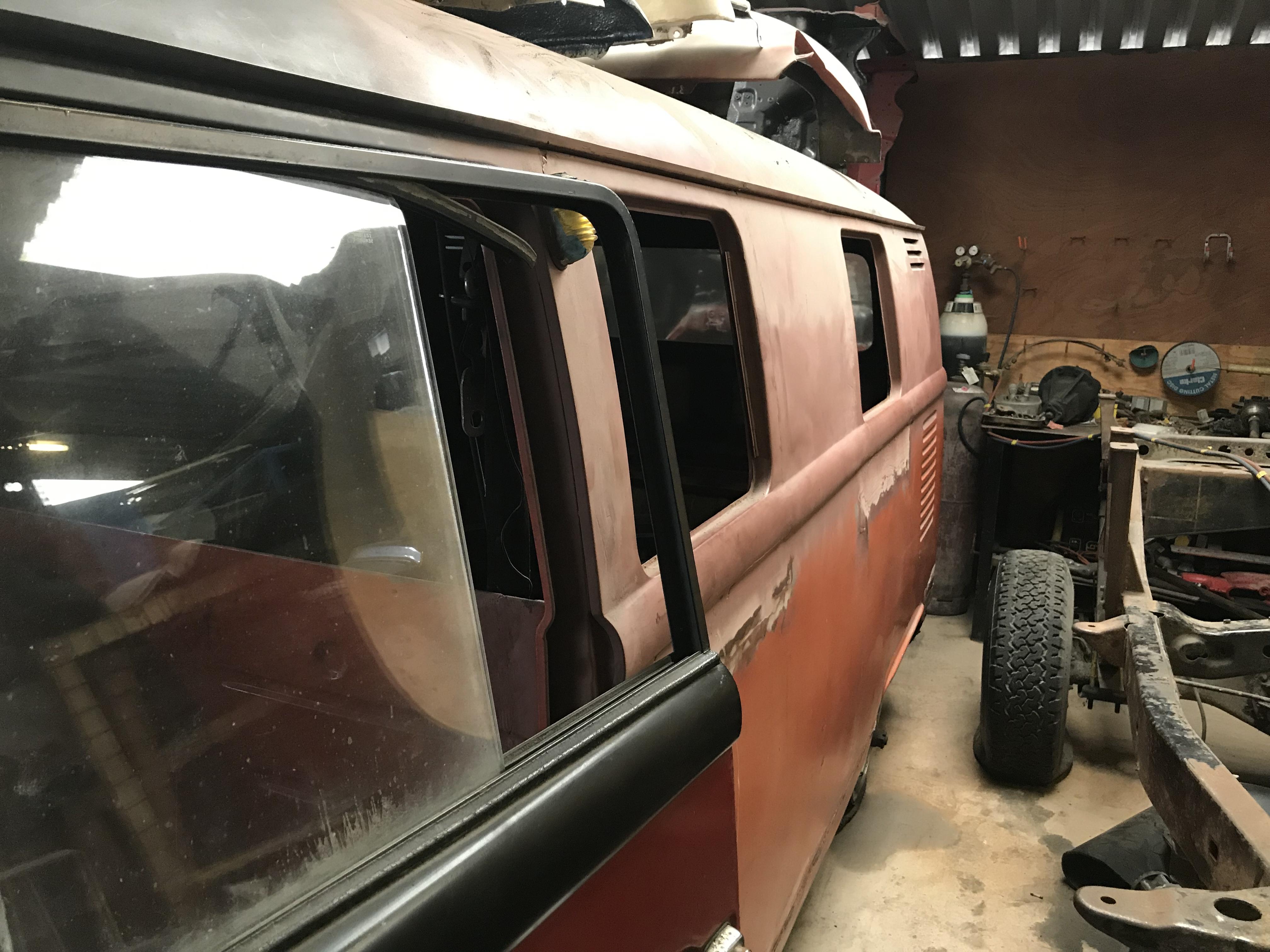 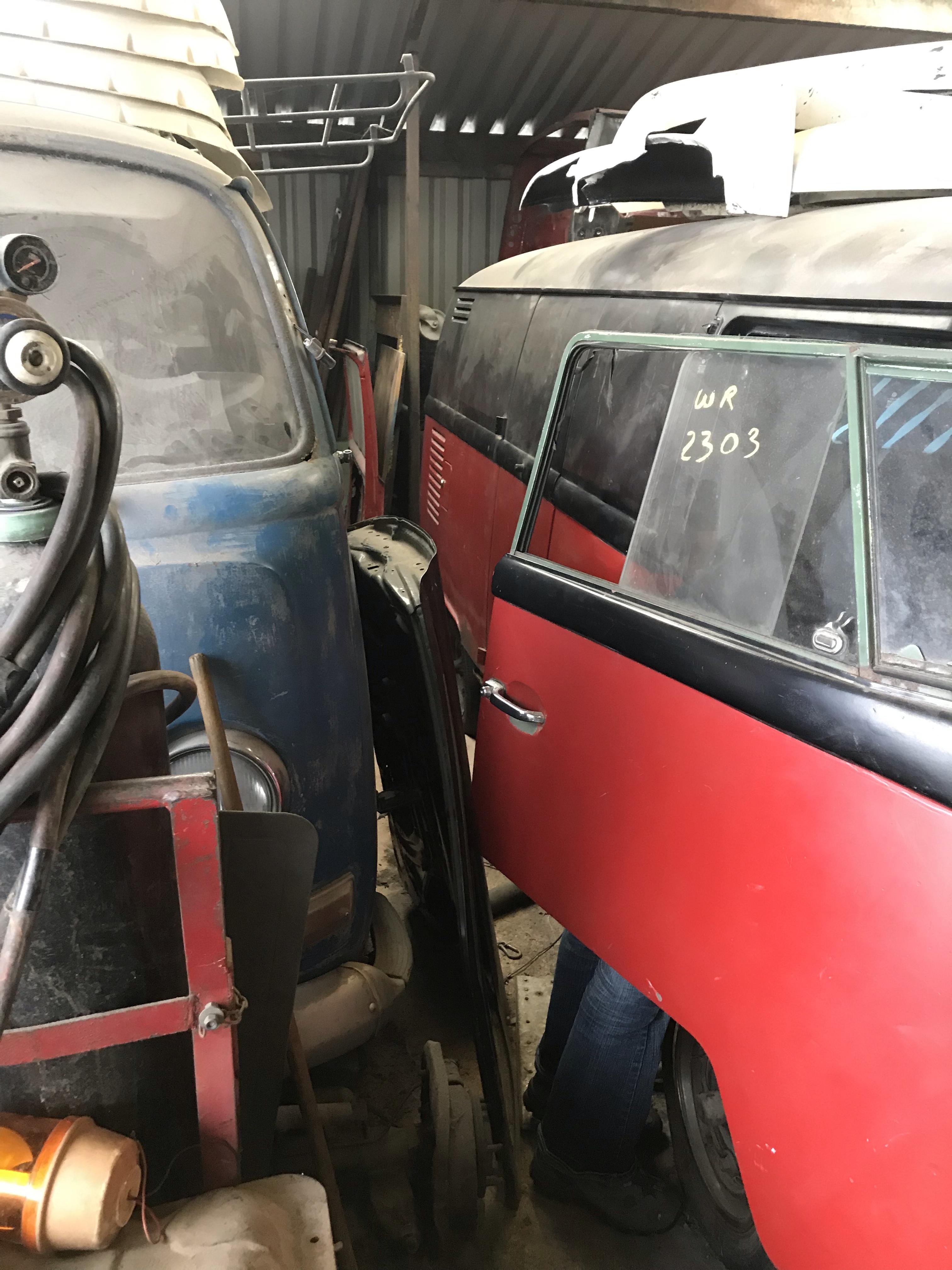 It was a bit wedged in and hard to get a great look at but I could see enough to satisfy, plus the offending cheap alloys.
Picked it up and then stuck it in the corner of my workshop and didn’t touch it for a year unti I had to move to new premises.
Now I’m finally getting on with it. 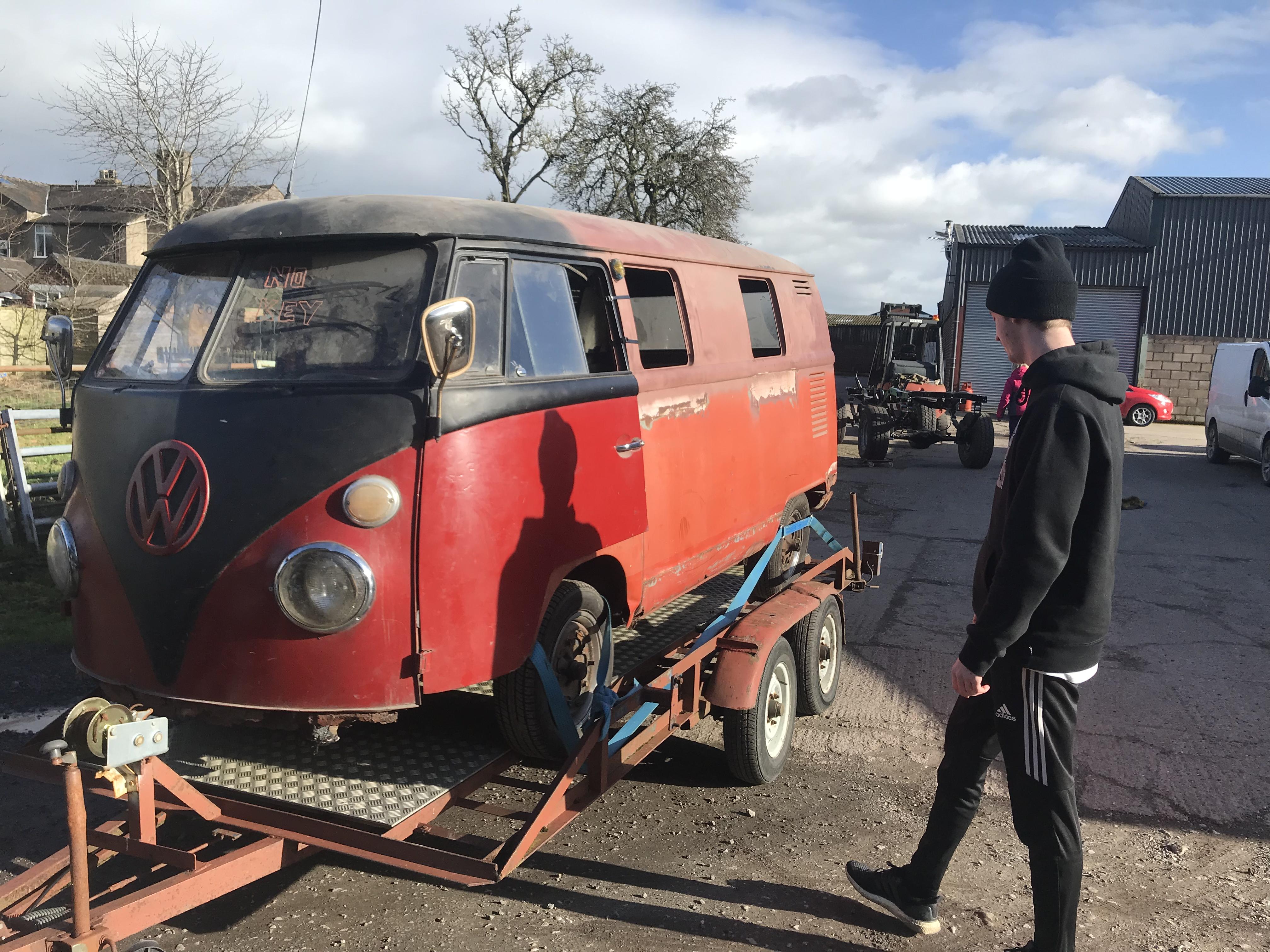 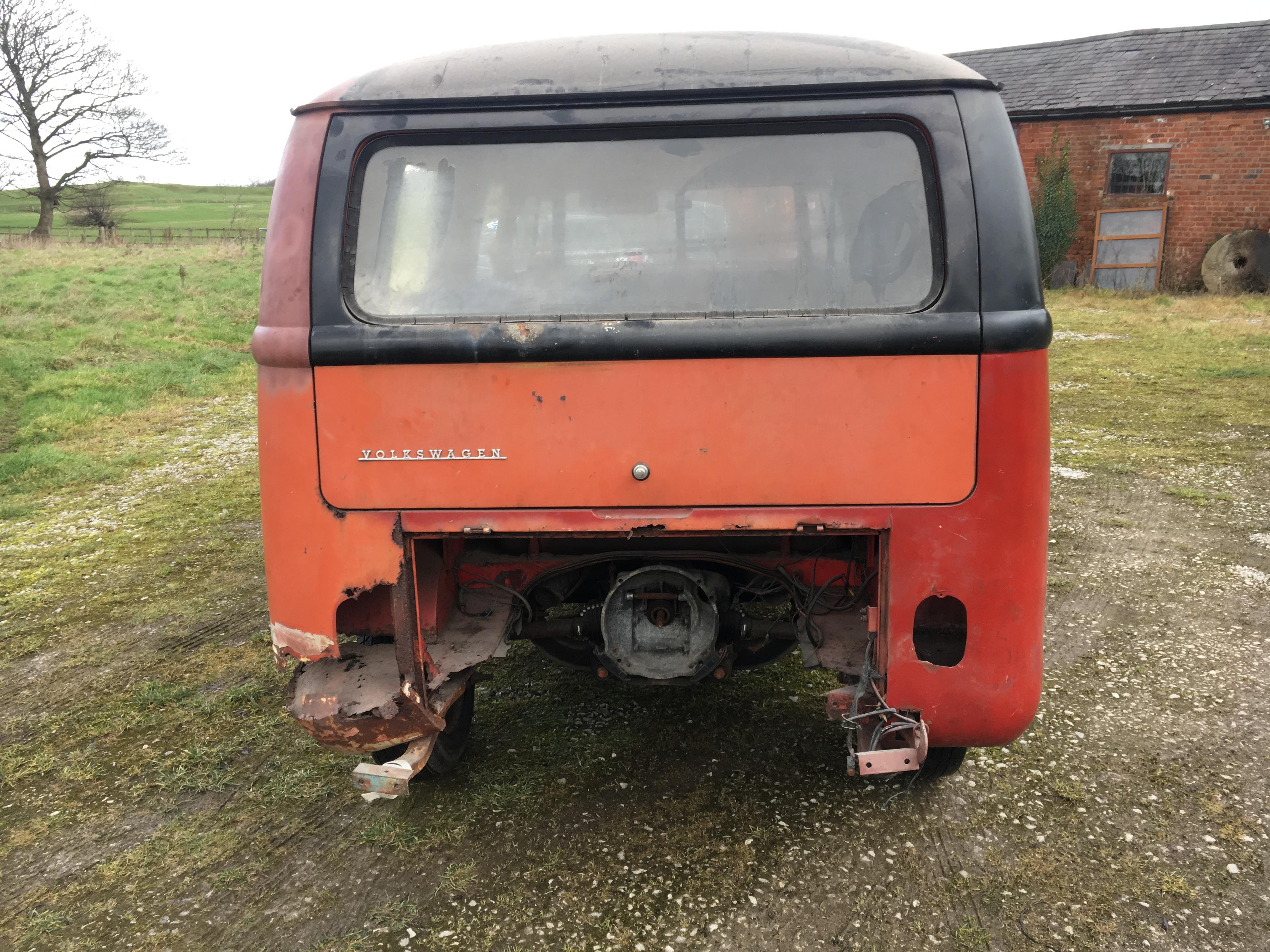 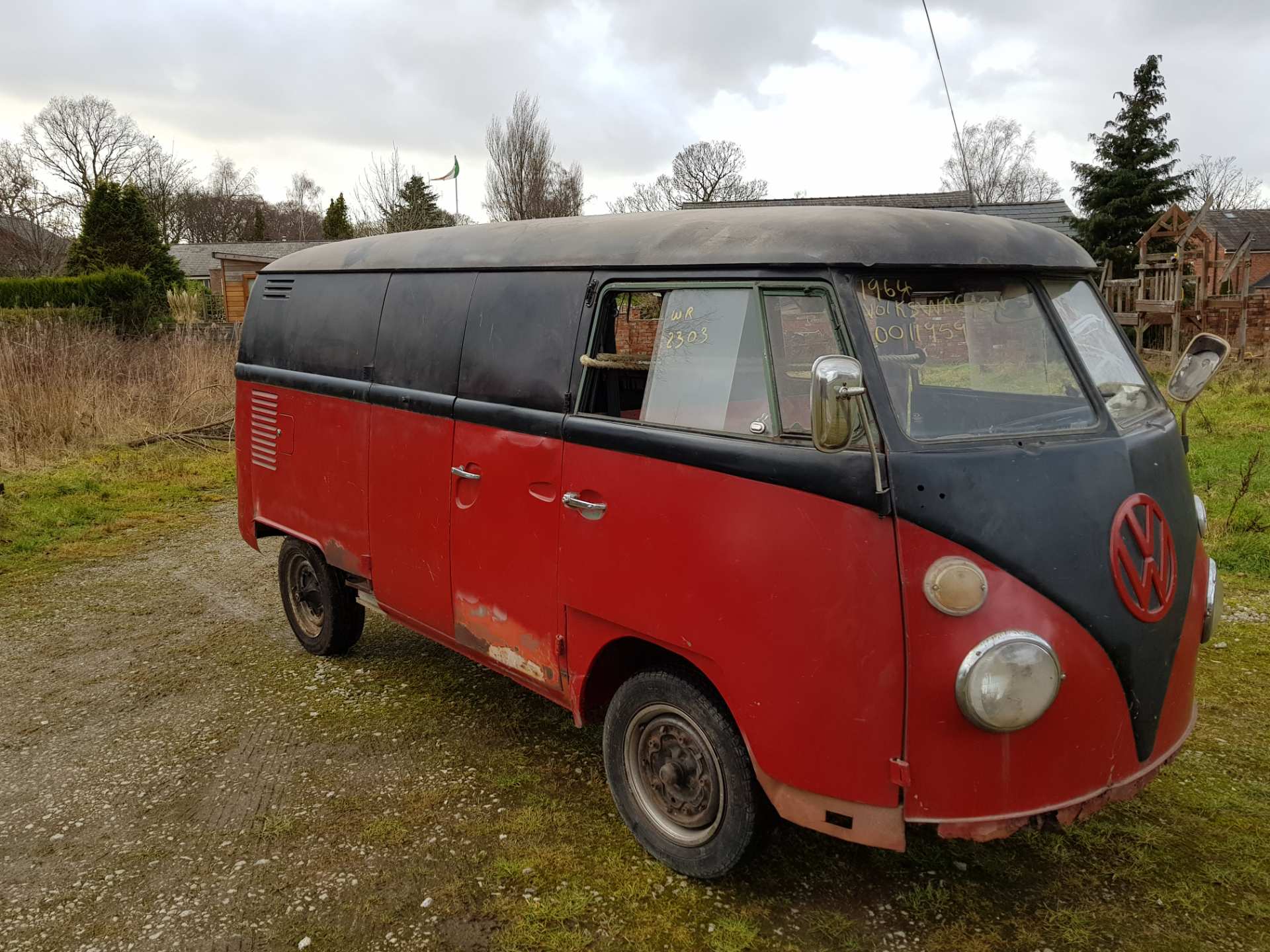 Someone previously had put some pop outs in the side but luckily the original panel cuts were in the back so they are going back in.
The last picture amazingly is one my son found on google earth of it parked in a garden at its last known address in New Hampshire a few years ago from some paperwork that we got with it 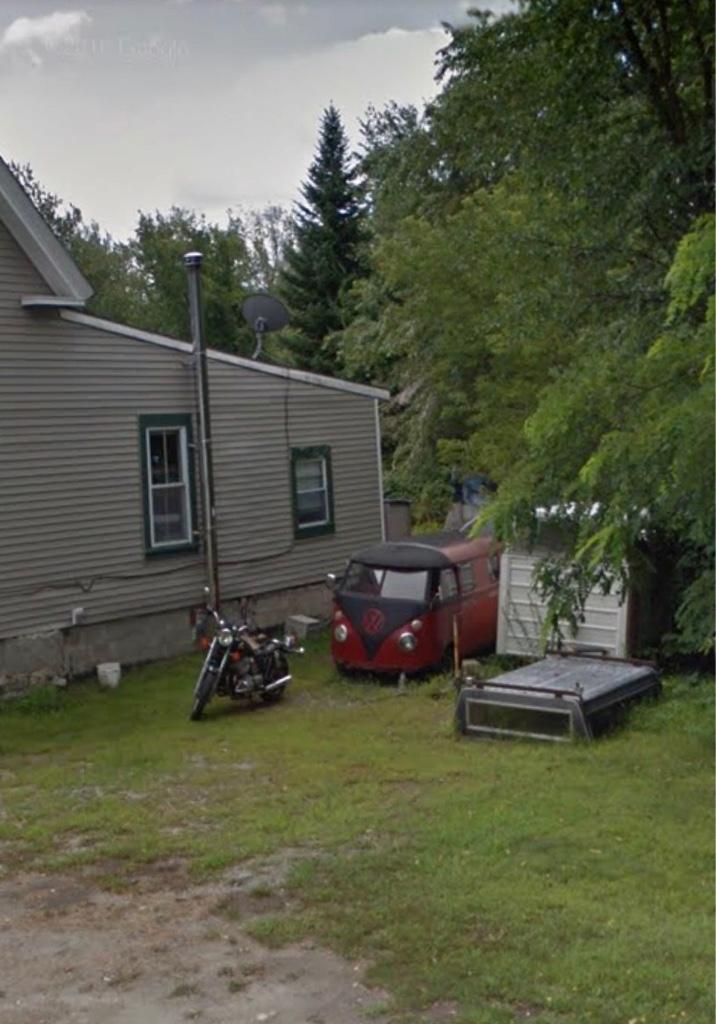 So to work, made a start on replacing the non windows 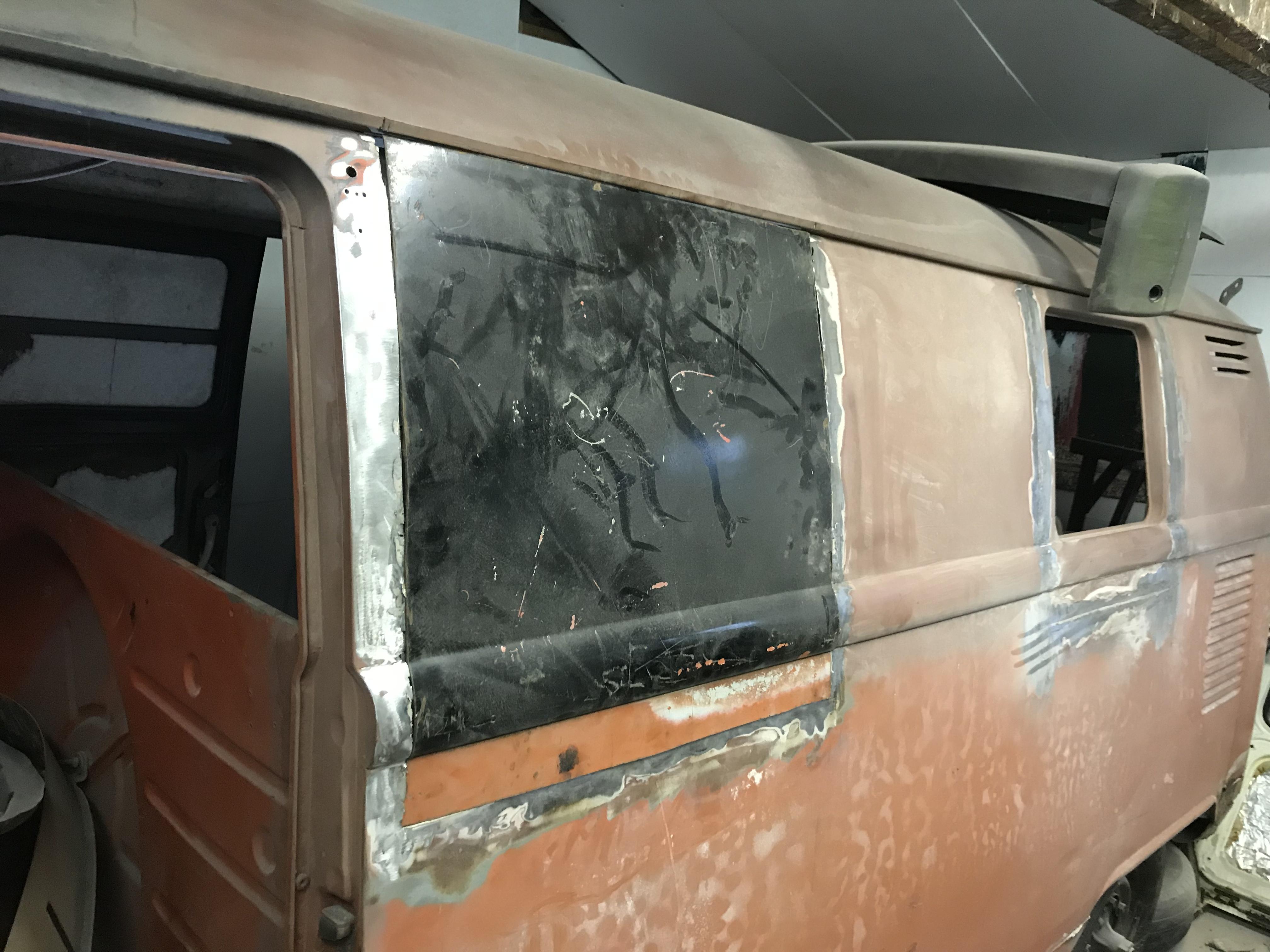 My son Alex has started rubbing down all the doors 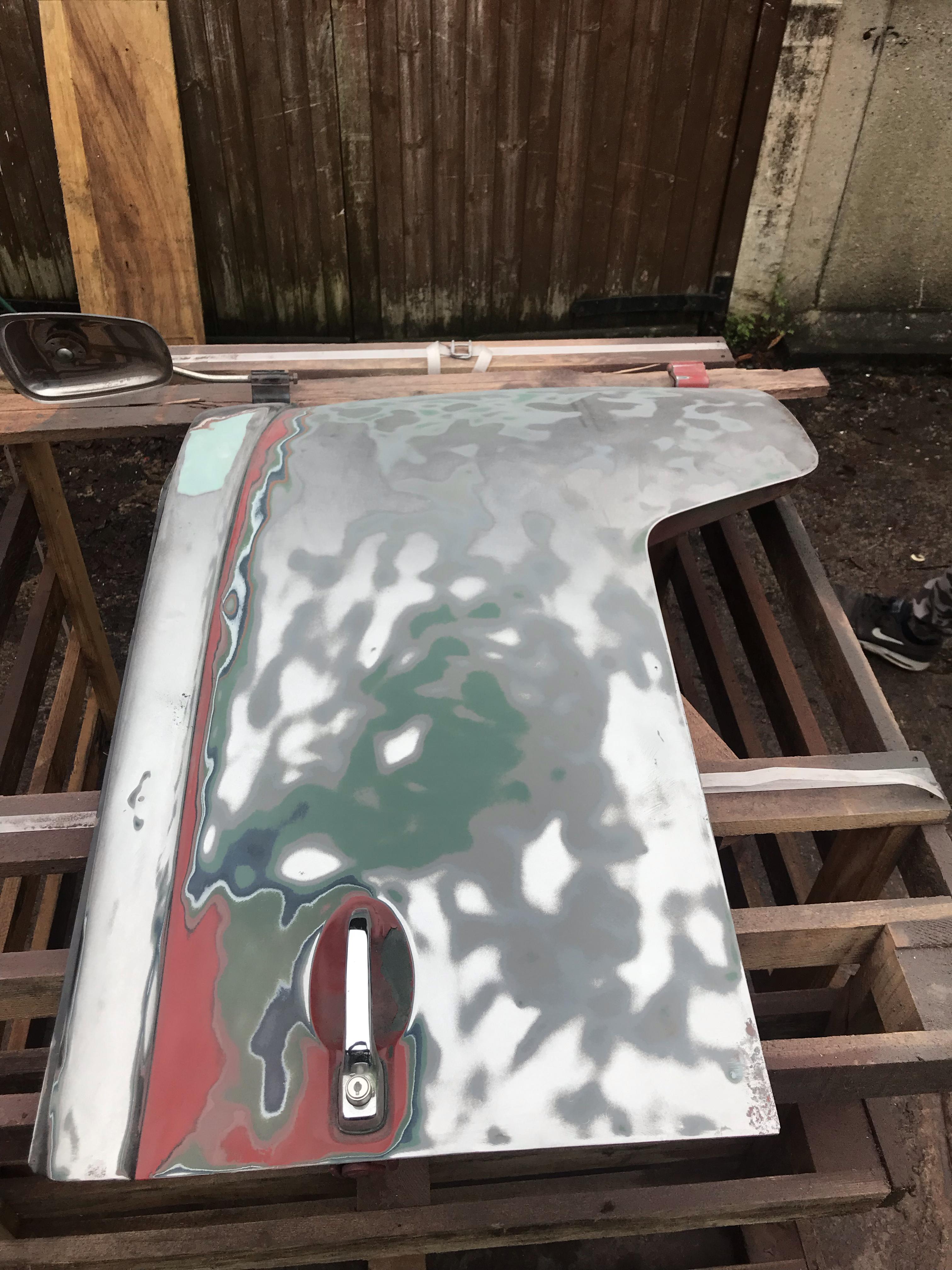 It came with several repair panels including inner and outer lower front which I’ve started on, want to get it solid back and front to take the rollover jig. 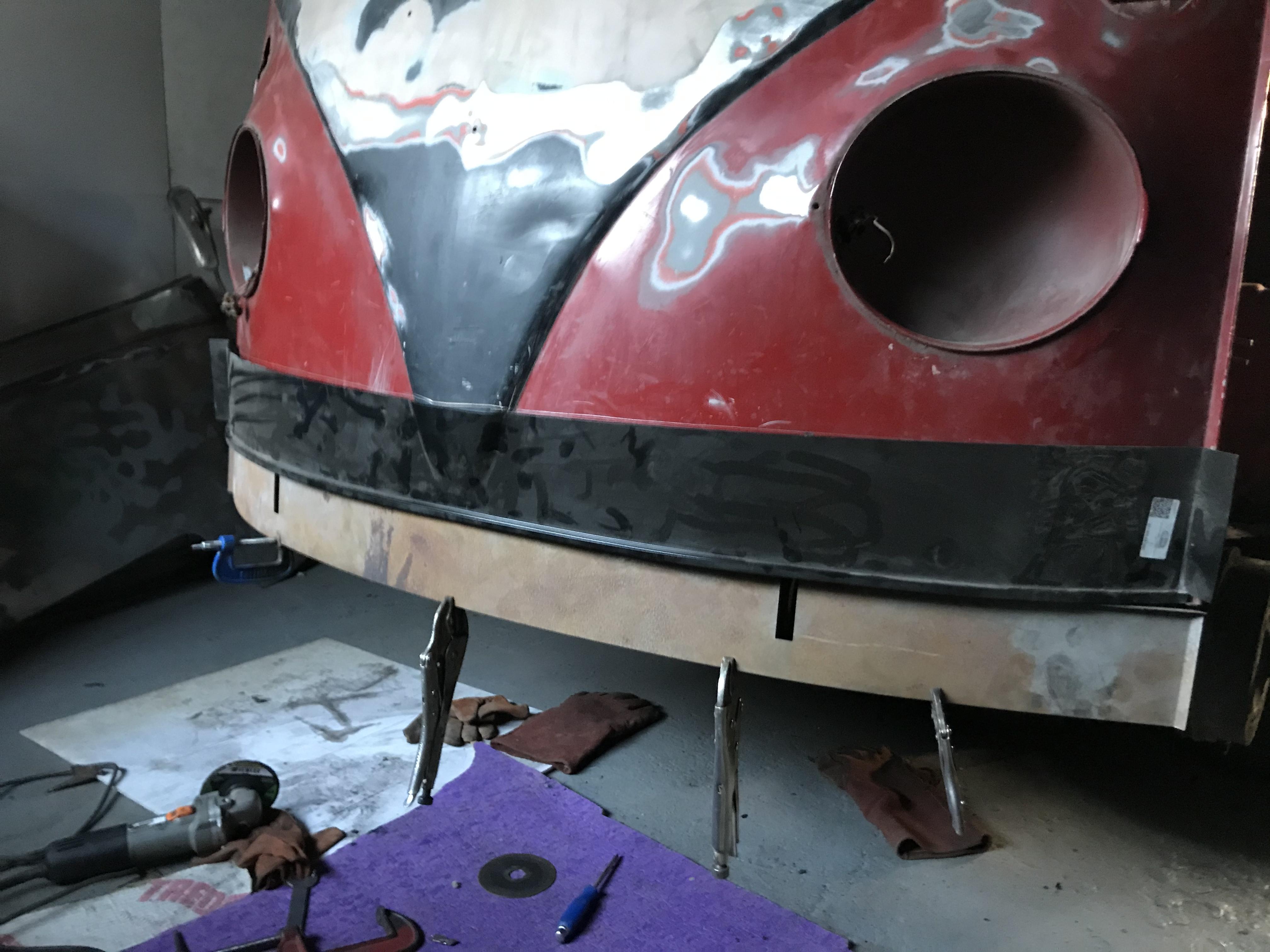 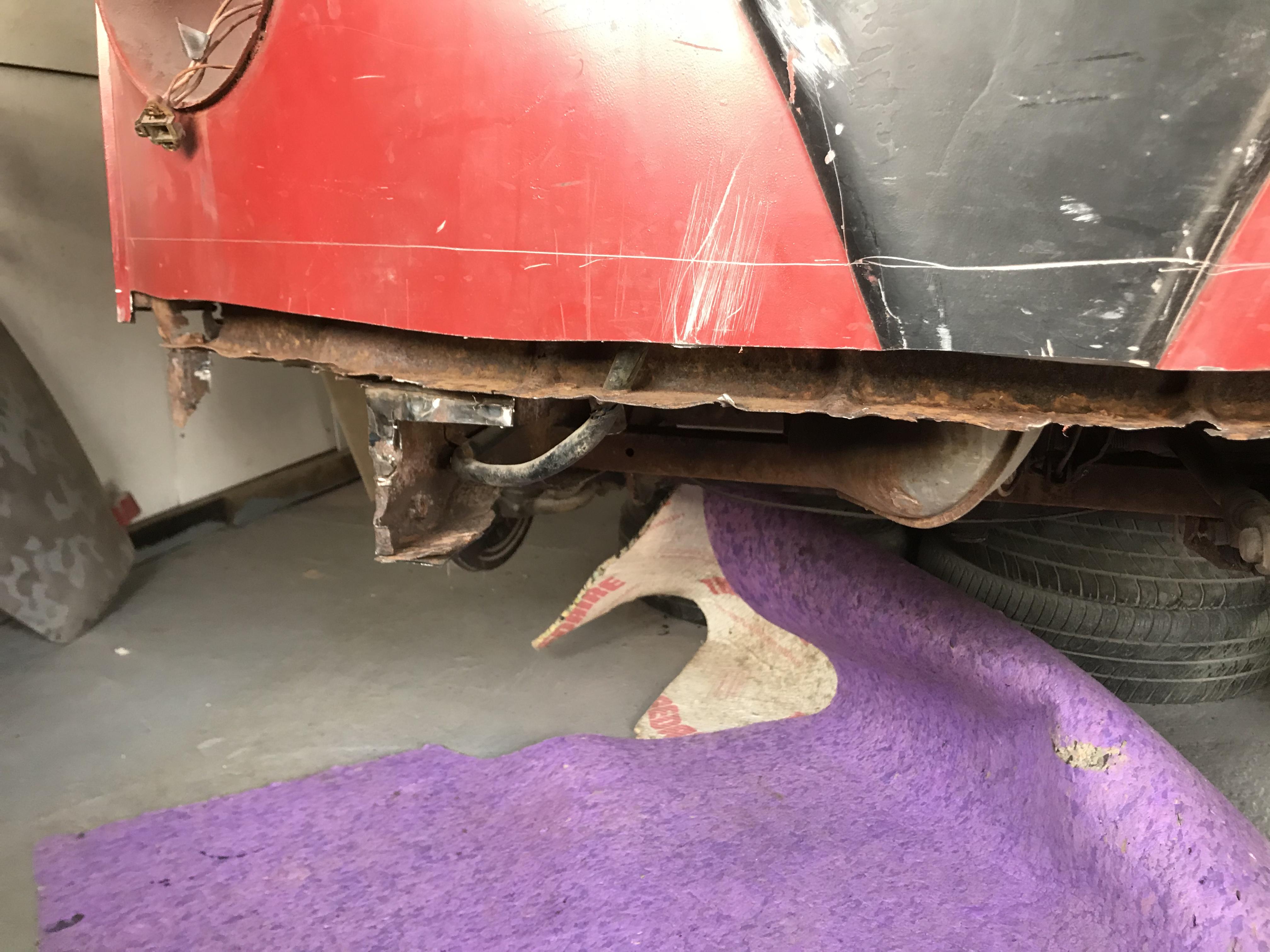 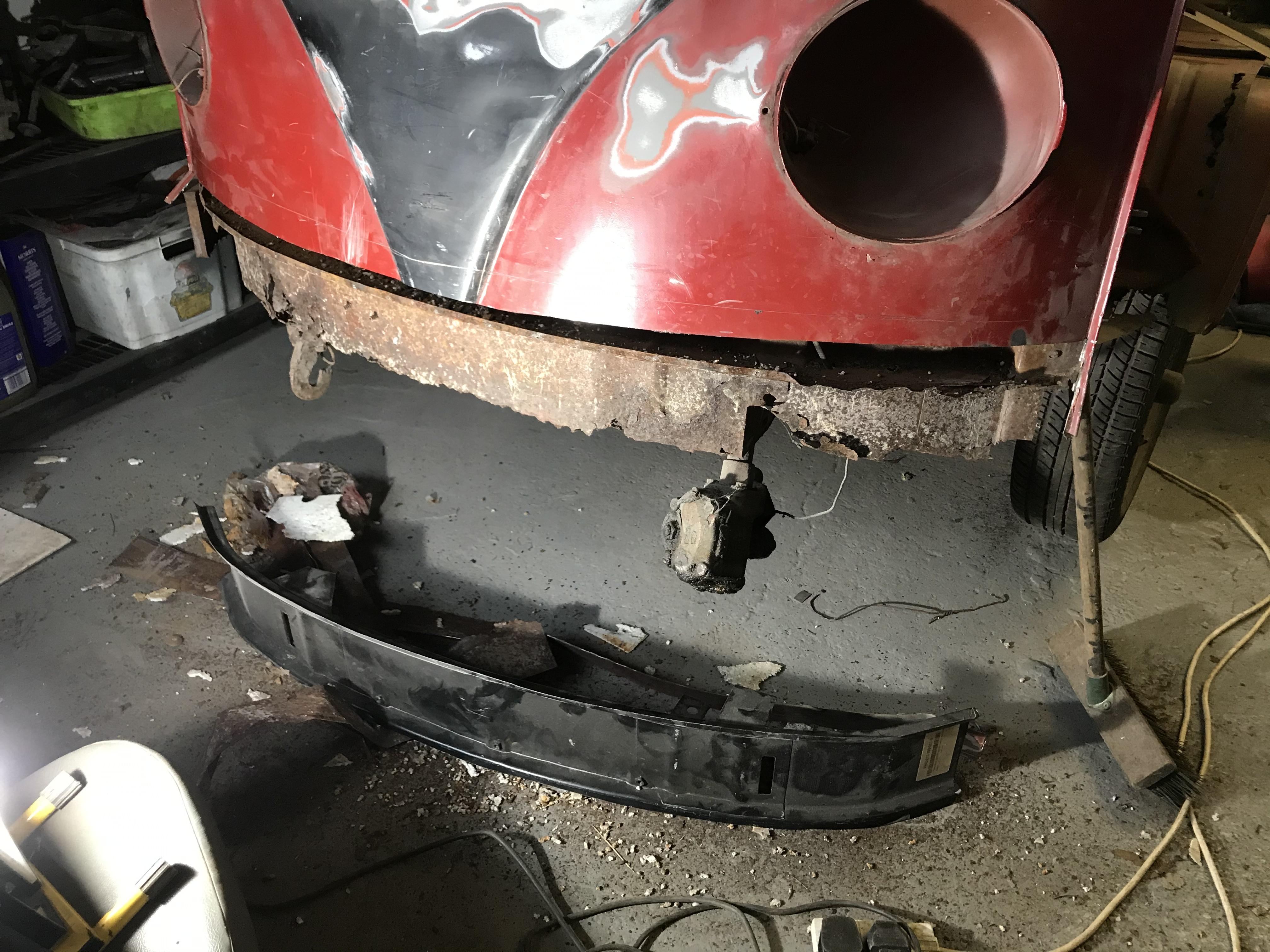 There’s also an old cab floor section that doesn’t look right, think I’ll get a better one plus steps and A post bottoms so I can get it all lined up. 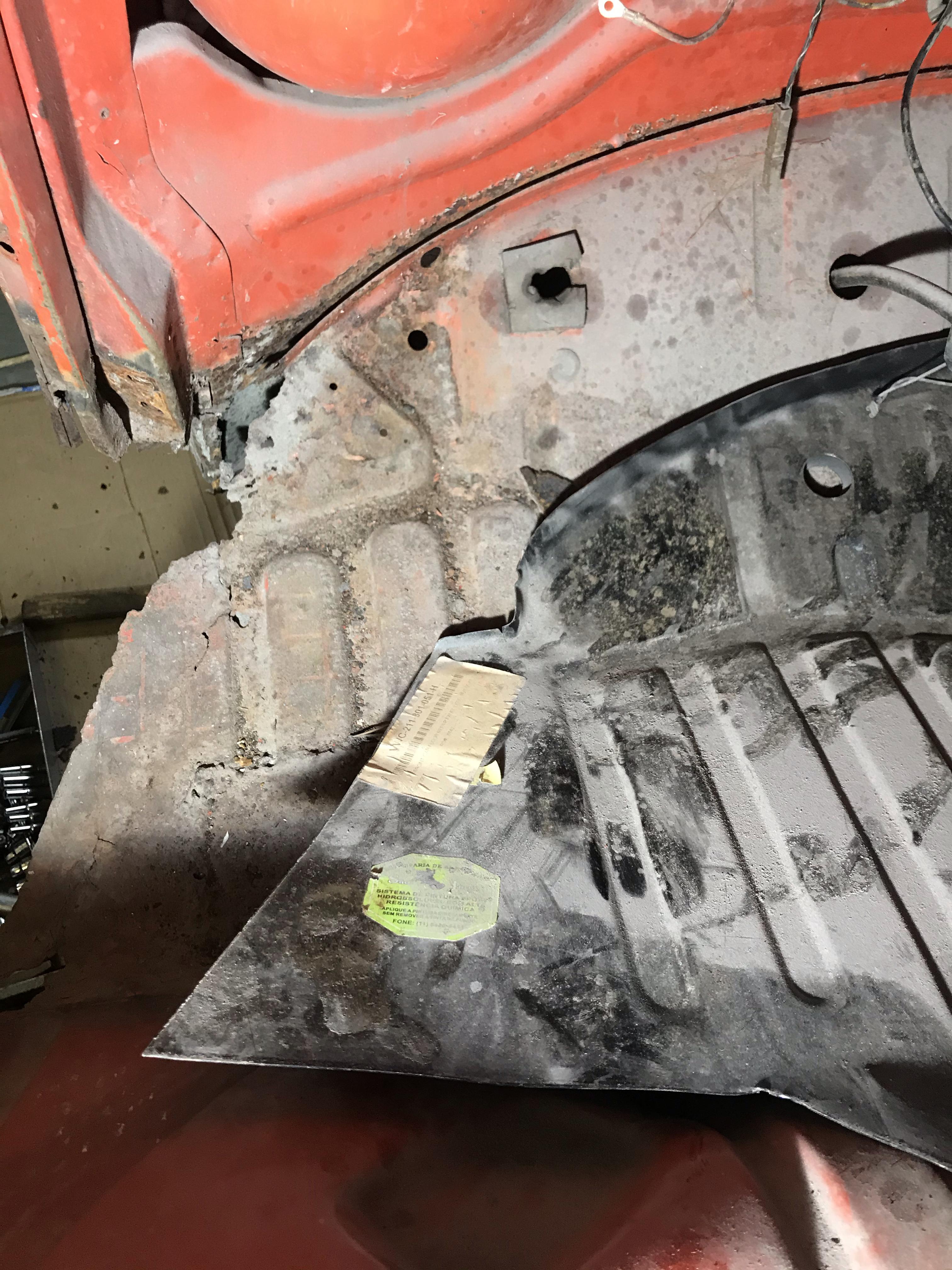 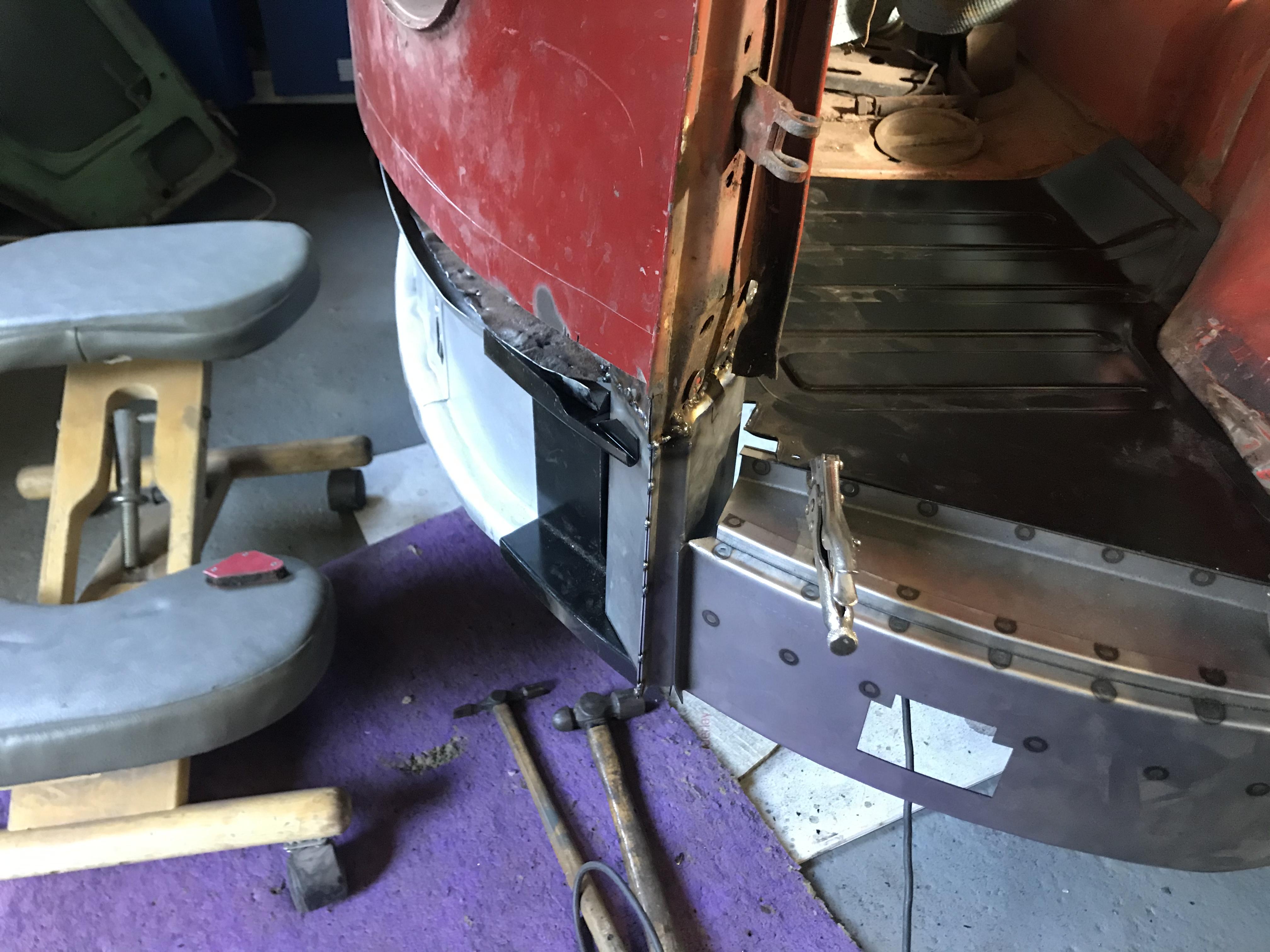 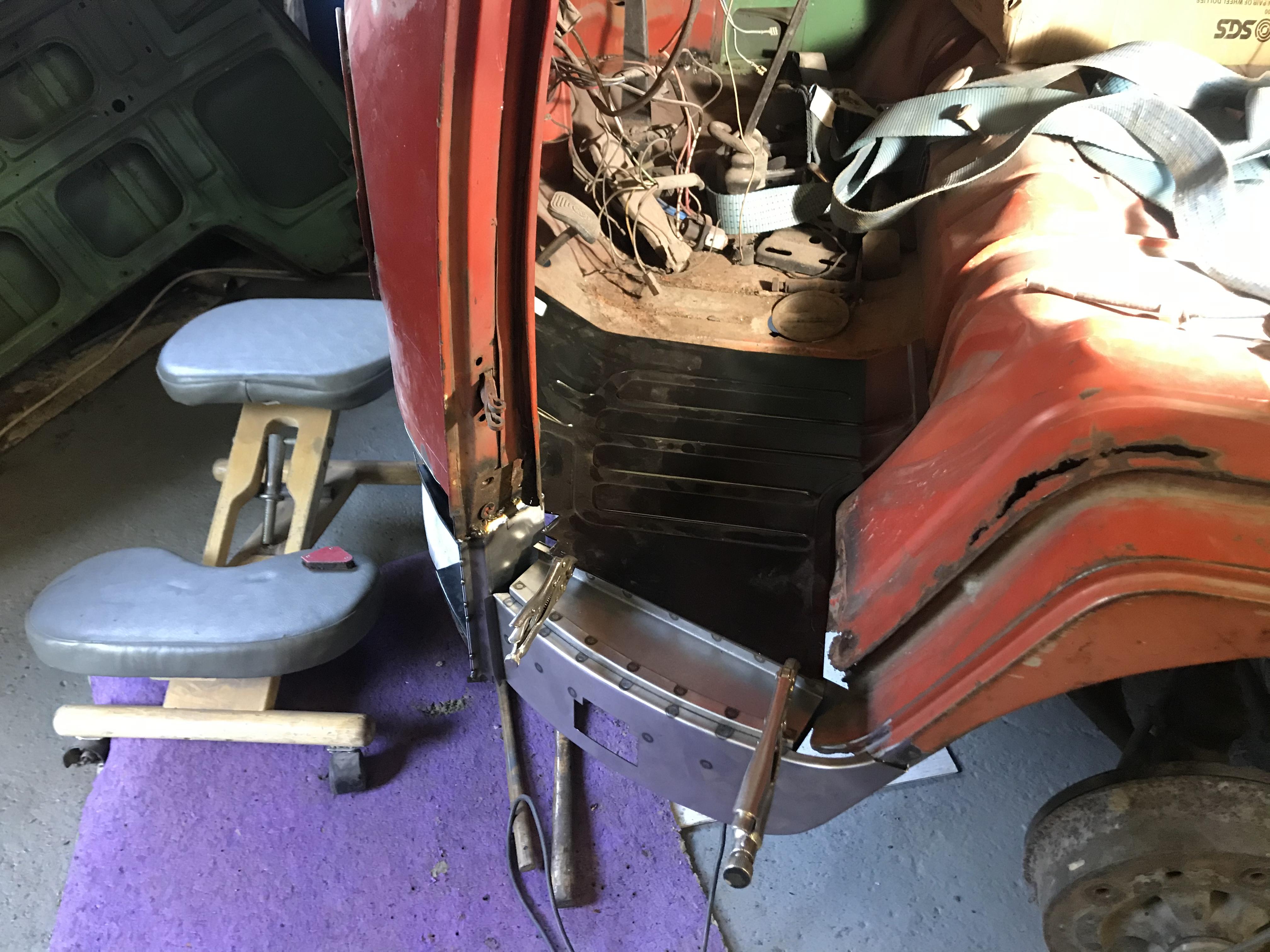 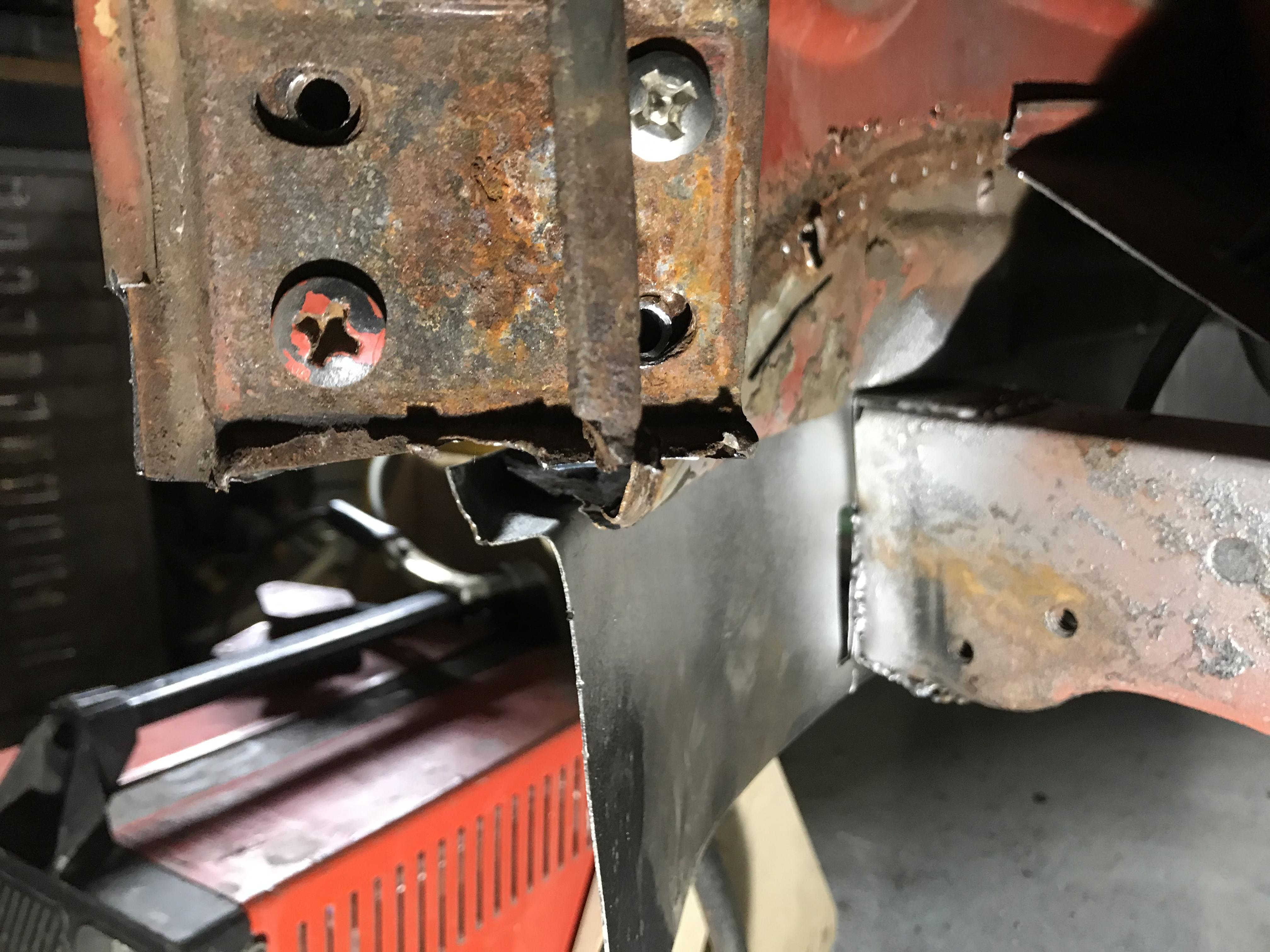 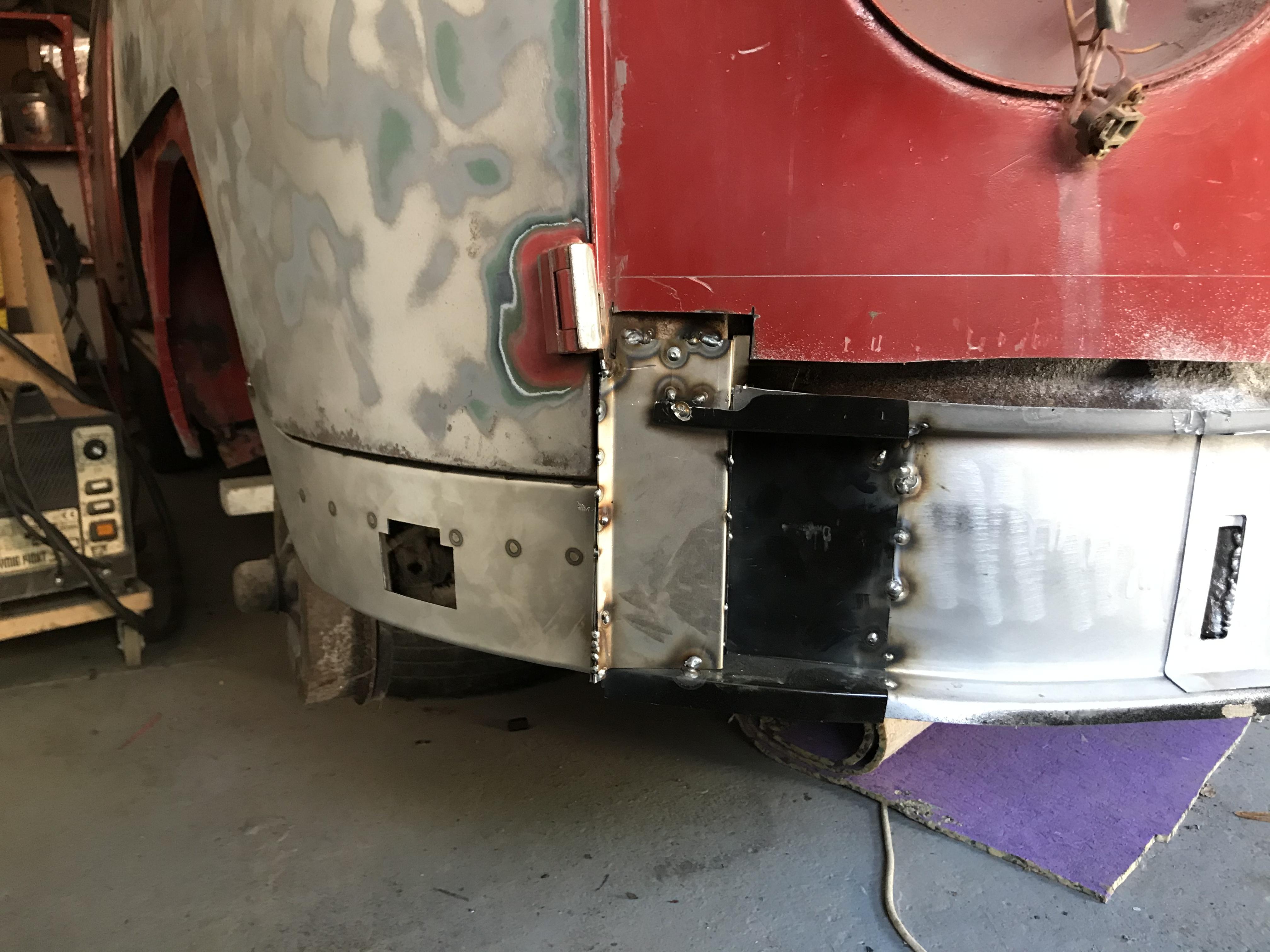 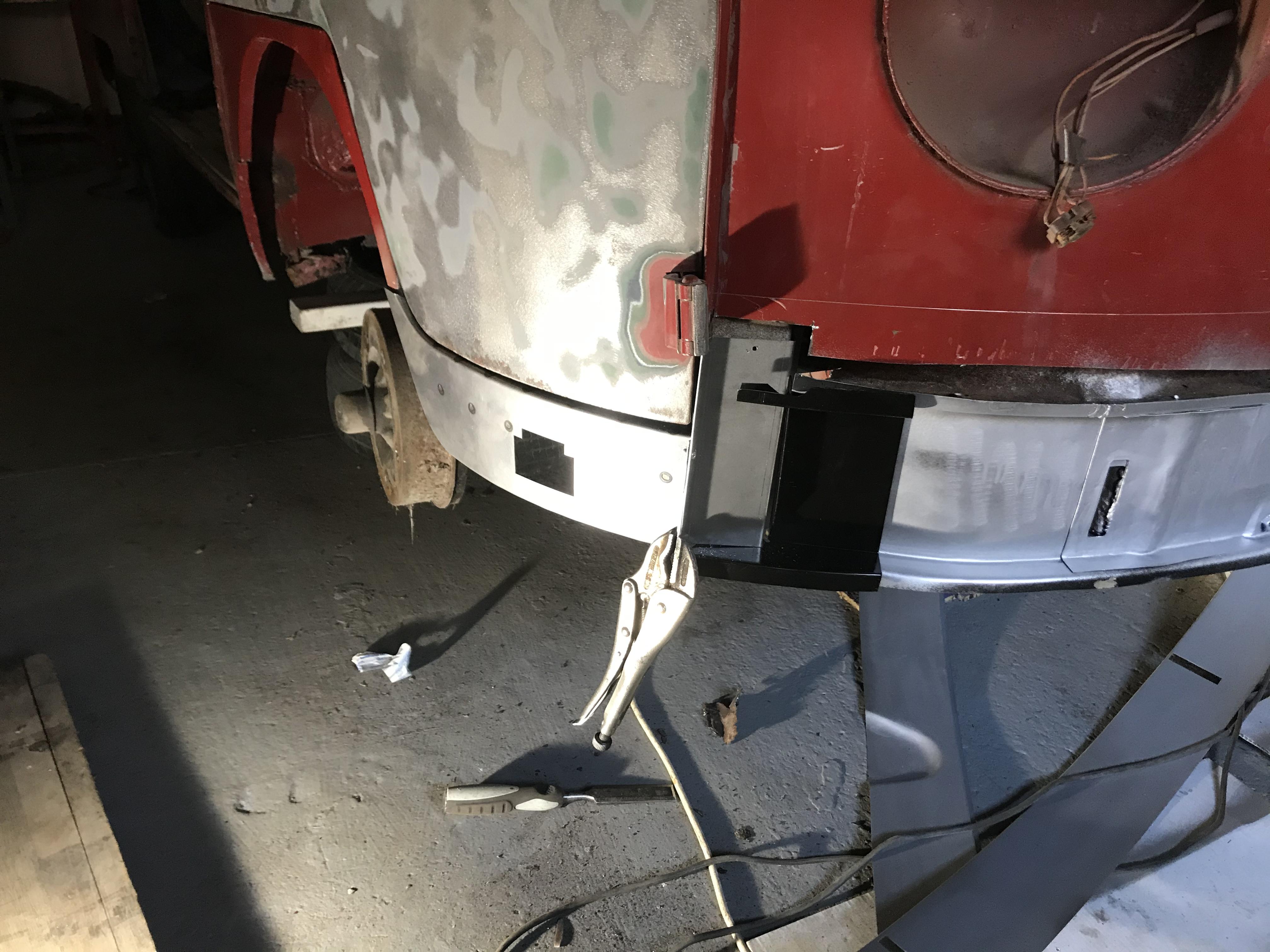 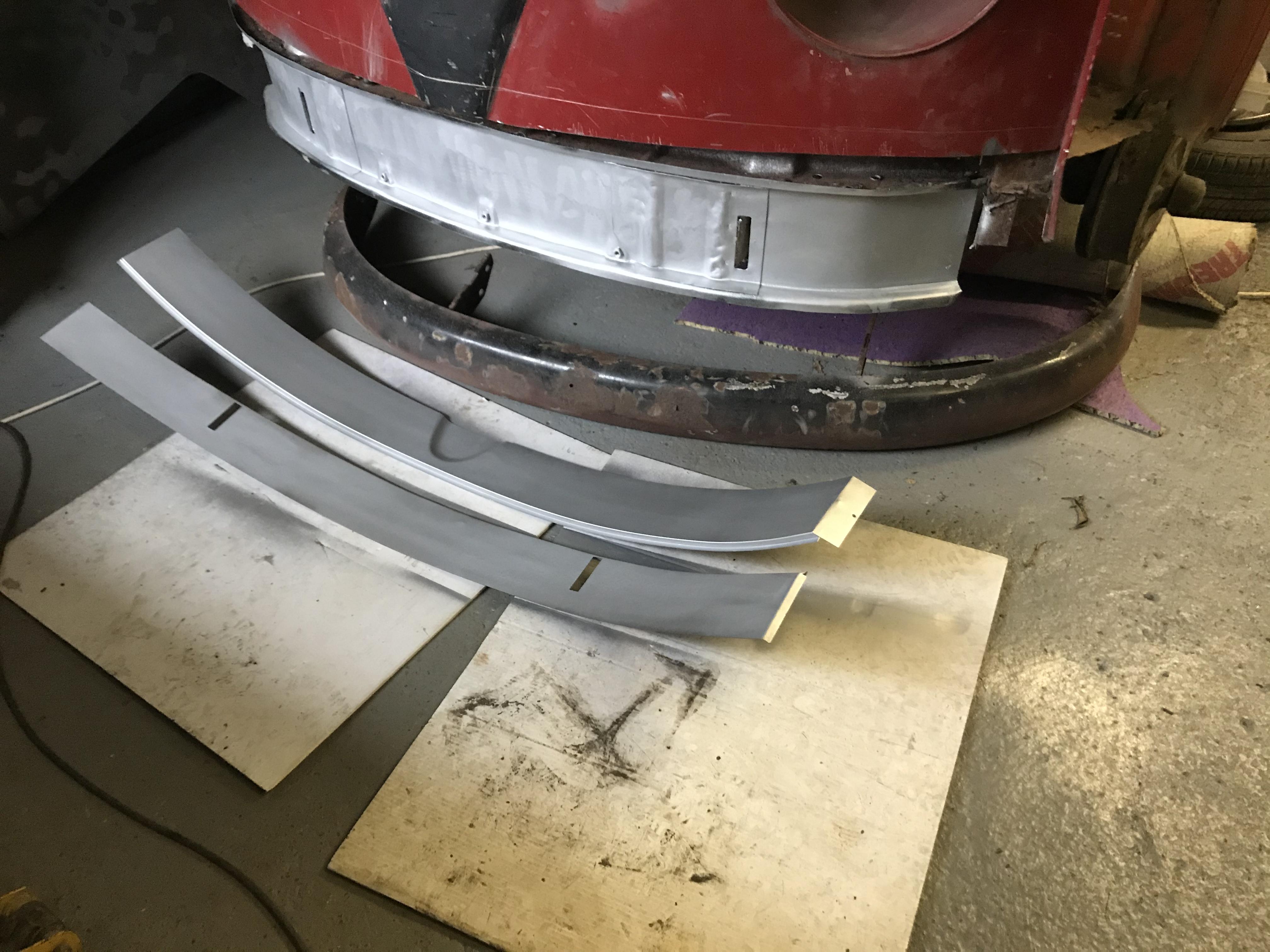