What year passat is the engine from?
Would a 6 speed box work?

Passat was a 97/98
Engine is 1.9tdi AFN code 110BHP.
A six speed would work. I would imagine same bolt pattern.
A little bit of a physically longer gearbox afaik.
However they are reported to be not as good a gearbox.
I just used the box that came with the car/engine.
My Diesel Splitty Project

SplitBusVanatic wrote:Well I've taken the plunge and ditched the Gear Selector Tube of the T25.
Mostly due to how sloppy it was.
Like a wooden spoon in a bucket of soup.
And. My radiator setup. Between chassis rails. Is a hindrance.
So. I've Futbus and Anton Cowell designed T25 Cable Change Gearlinkage conversion almost fully test fitted.

Here's what it'll look like connected to the T25 GearBox.
Albeit slightly different mounting brackets.

Hopefully. I'll get a chance to hook it up by the weekend.

No updates quiet yet.
Messin about with adapters for cv's and stuff at the minute.
Gonna do an update next week hopefully.
My Diesel Splitty Project

You have been busy , I like all your new parts. You should really get it moving soon so you can call up and give me a hand

Should be Enough room in there.

Let the head scratching,, while lying on my back,, begin again.

So. From the. Top.
Old engine. On a trolley.
It's huge when it's out. Especially over at that angle.

Then pic of the new engine and box to go in.

Pic 3 and 4 shows my cut out for starter. I will have to plate this off.

Pics 5,6 and 7 and 8 show me getting ready to offer engine and box up to splitty engine bay.
It's tight.

Then it's the old gearbox engine mount from the T3/T25. I'll be modifying this to suit the afn box.
My Diesel Splitty Project

Made a start on my engine cradle today.

One of the hydro monts is goosed. (Left)
Once I have this front cradle done.
I can modify the gearbox mount.
I can brace up any of the mounts after if need be.

Ok. So despite no updates in a long time.
I have been tipping away at the bus.
Work on the bus has to take somewhat of a back seat
The following took up some time.


Even though my bus is tucked up in my own garage. Finally.
Never could say that before.
I struggled with tasks that should have been straightforward.
I'm the type of bloke who needs time to get back into the groove and sometimes one or two hours isn't a
Enough for me at the coal face. I need a whole day on the bus to scratch the head. Break for tea. Scratch the head again. And then figure out where I left off the last time I was lying under this 50 year old virgin..

Some things like mounting hydraulic clutch and line and adjusting the cable gear change took me days of an hour here, a half hour there.
But finally I managed to Test drive the tdi in back of Splitty.

Albeit without accelerator pedal.
Ran on idle. And it's ticking over very high.
I'll get to that in due course.
Might be due to MAF disconnected. Dunno. Chime in fellas.


Hopefully I'm back on Splitty detail for a while.

Jobs to do.
*Finalise ribbed belt route and length.
*Hook up rad fans.
*Bleed yet more air out of clutch.
*Rewire temp gauge (sender lost in house move)
*Bodge up some semblance of exhaust.
*Make up engine bay accelerator pot. bracket and re-instate cable to pedal.
(I'd like to be able to 'rev' the engine by hand at the engine end of the bus.)
*Wire up lights and indicators. They're kinda handy.
*Plumb up heater matrix which I've yet to source.

The following day It was rare sunny day here in the West of Ireland.

Managed to get the bus outside and 'air' out the garage.
Such a joy to actually drive it in and out. The gear linkage is working lovely.
Obviously haven't gone up the gears yet.
Garage is tiny but it's mine and the bus fits with a bit of space to work around it.
(Edit: that's a wooden shed in the background. Not the garage.)

Nearly two years to the day since I updated this thread.
But I Have been pottering away.
The house is busy now. 3 kids as of a couple of weeks ago.
So, bus project time is limited.

However. On the tdi conversion, I've ditched all the ecu stuff.
In simple terms. No more MAF sensor. N75 valve. Map sensor.
Gone is the electronic throttle and also No more limp mode.

I've made this old Passat tdi engine fully mechanical. "mTdi" is the term.

So one wire.
Simple enough really.
Unbolt the factory diesel injector pump and modify a bracket a little and
bolt on a land rover 300tdi injector pump. (Bosch).

Boom. One wire to the fuel solenoid is all that controls things.
Had to swap the turbo out for a wastgate one. Replacing the Passat vnt one.
So far so good. Had the bus back and over the lane a good few times.
It flies.
I'll be learning how to tune the pump a little to up the power a little bit. But not until I see how the thing goes first for a while.

Few tweaks needed on the rear suspension. Then onto arbitrary electrics like indicators and wipers and lights.
My Diesel Splitty Project

Here's a short little video of it firing up and driving
away.

Got the old girl out into the fresh air today. 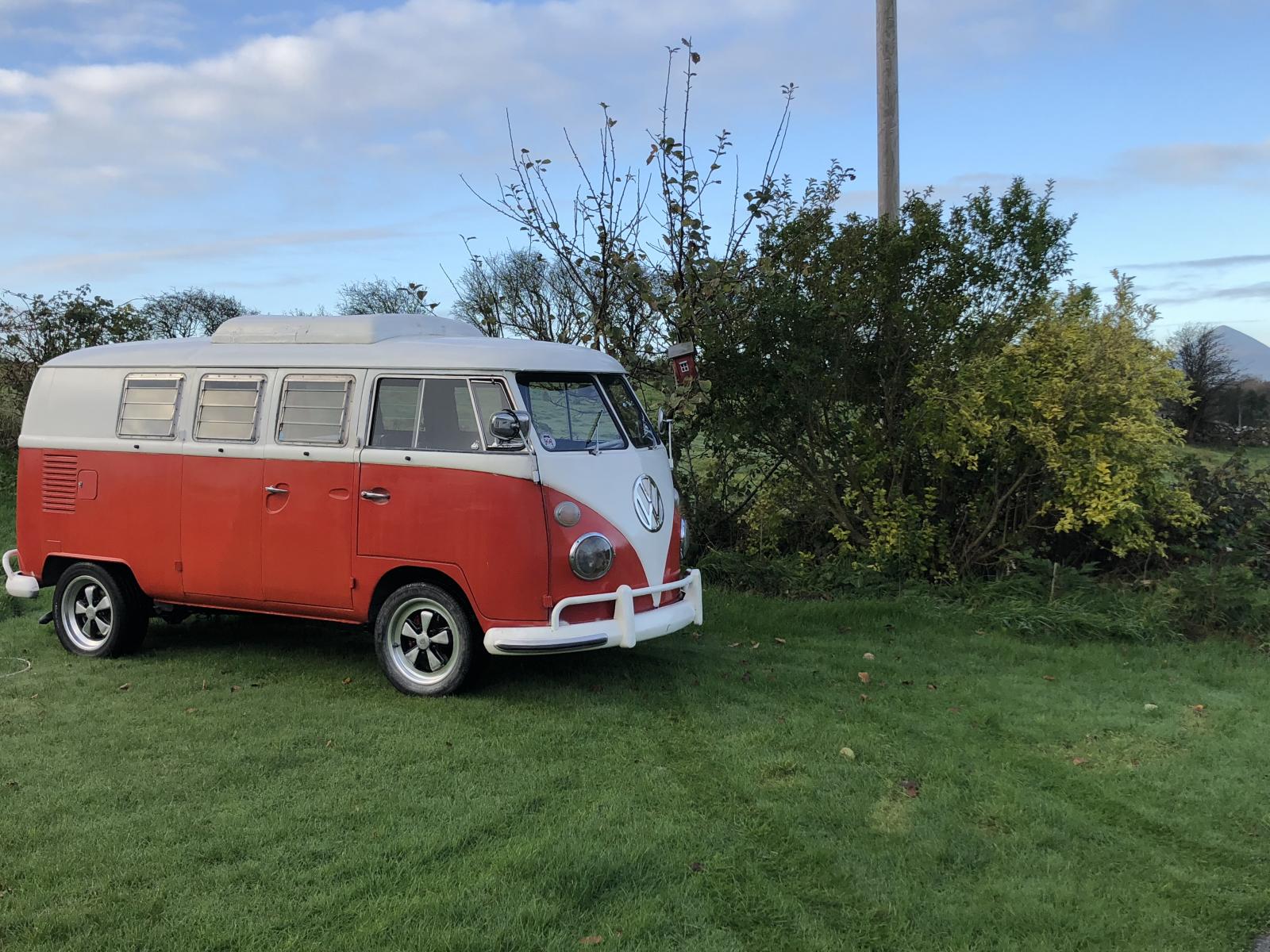 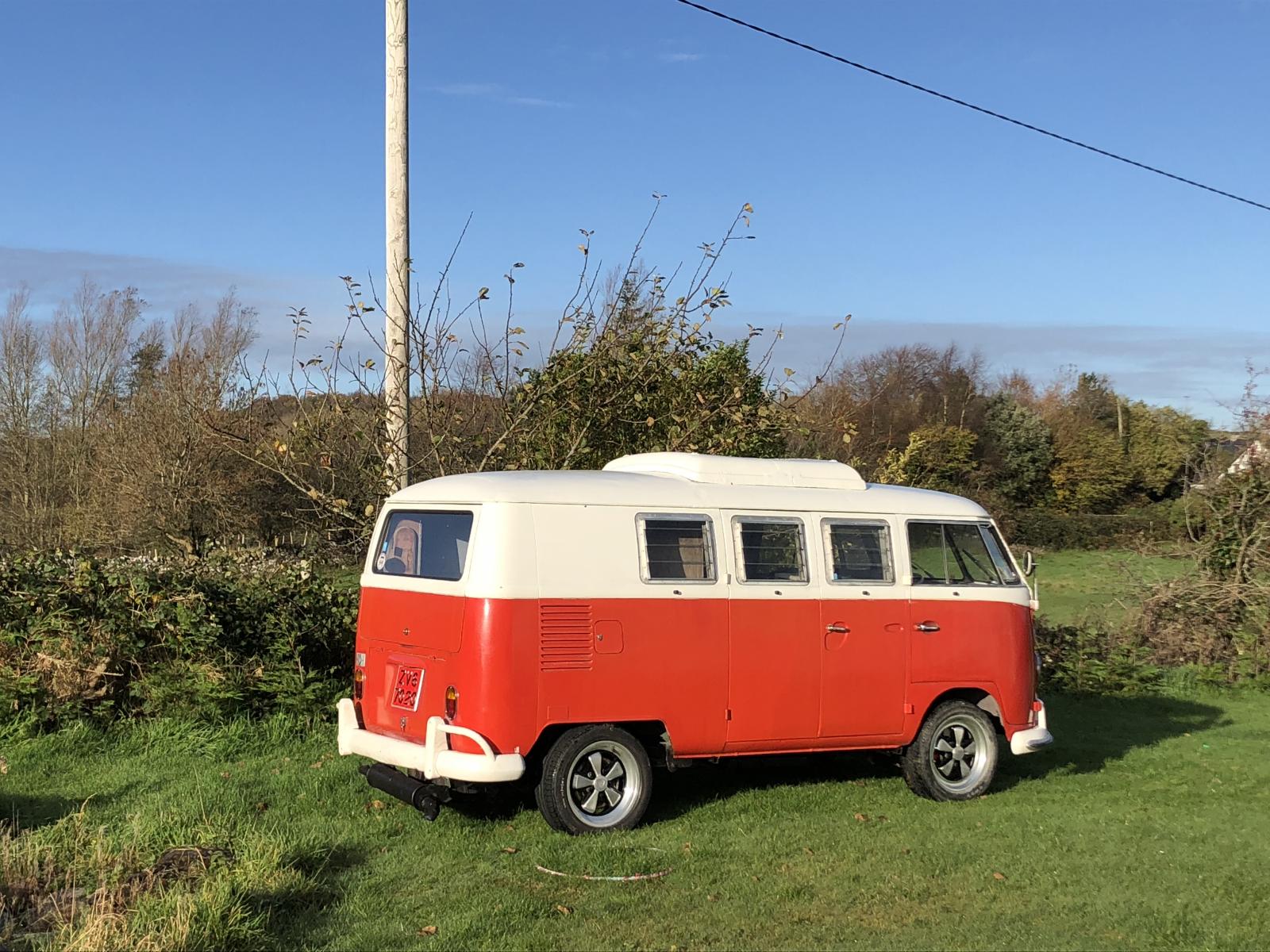 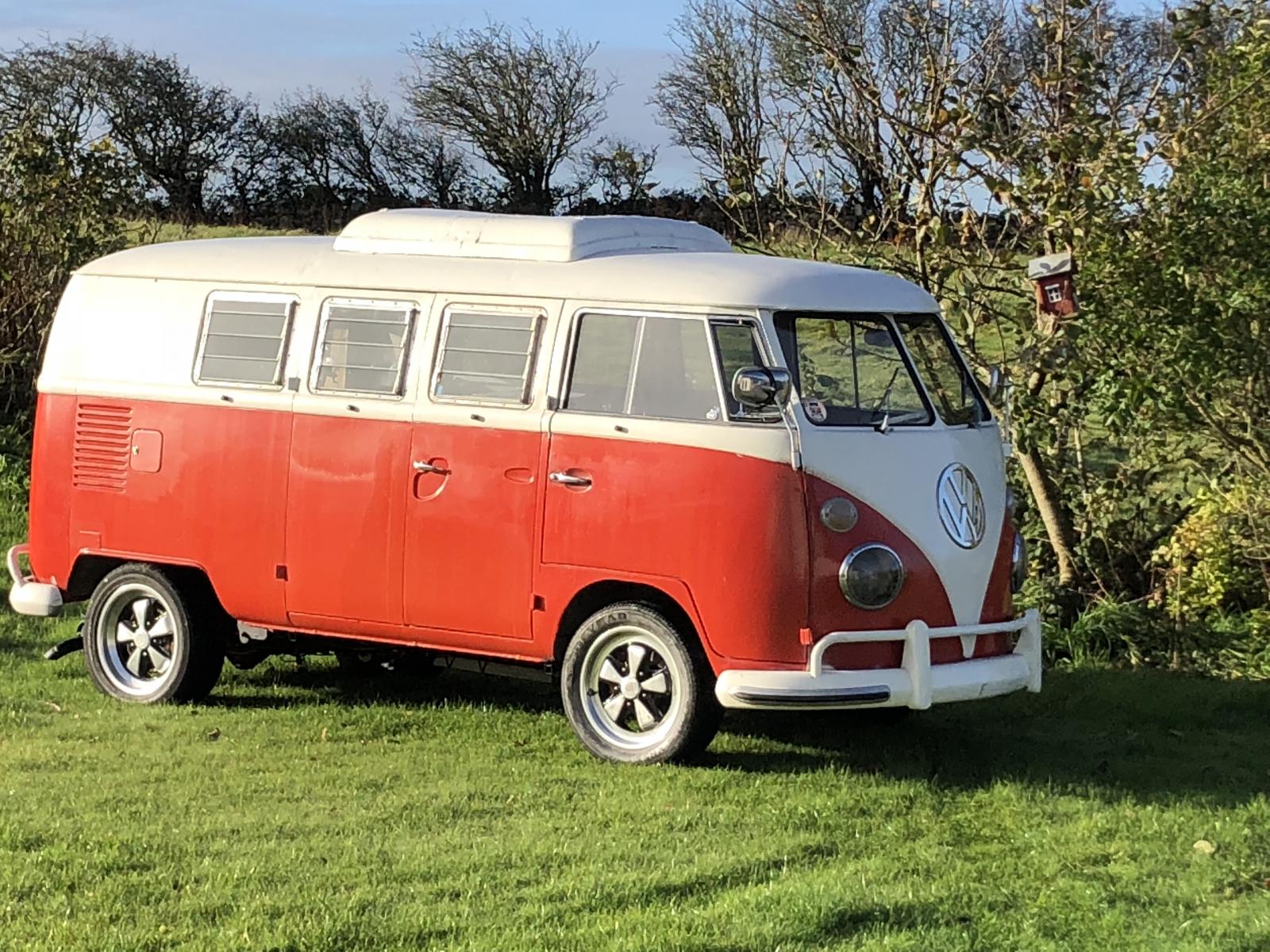 Few things to tidy up on engine.
Need to change oil return pipe.
It’s leaking.
Have to wire in temp sensor and fit gauge for same in dash.
Beef up engine mounts also.
My Diesel Splitty Project