In all honesty very straight forward. He was with me for 5-10 mins. Wasn't interested in anything to do with road worthiness, purely an identification process. Was the bus what i said it was. Took photos of front, rear and sides. The speedo, chassis number and engine number. Asked me if i was going to restore it and left

Got home from a trip out to London on Saturday and sitting on the mat was my lovely new V5, plates this week and the bus is fully road legal

Apologies for the lack of posts

Thursday evening last week i managed to get down to the unit to tinker with the bus. 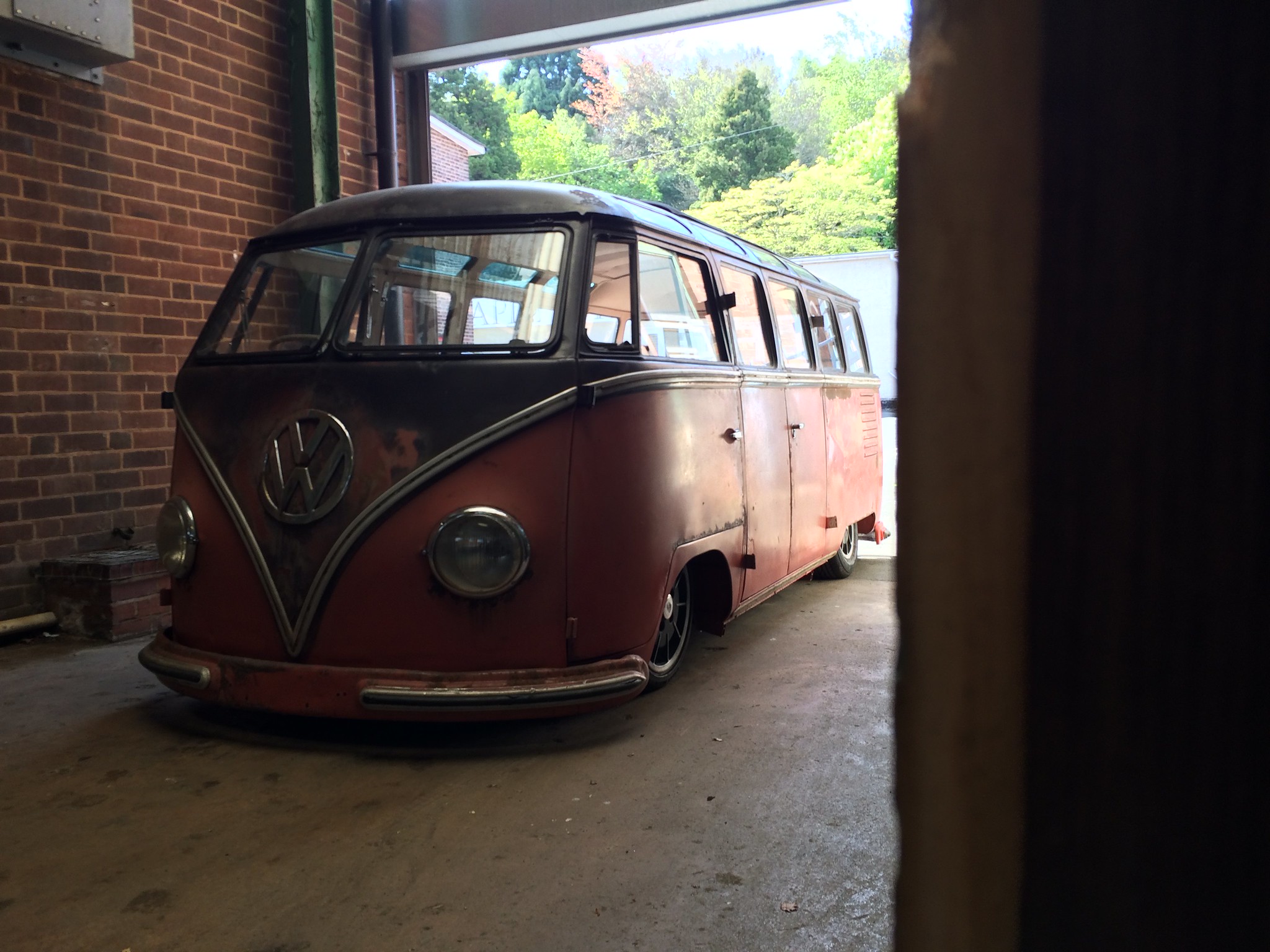 Despite having ordered plates they hadn't turned up so had to get a little creative and make one. Painting isn't my strong suit so my plates are a little comical

from 10 paces they looked good enough though 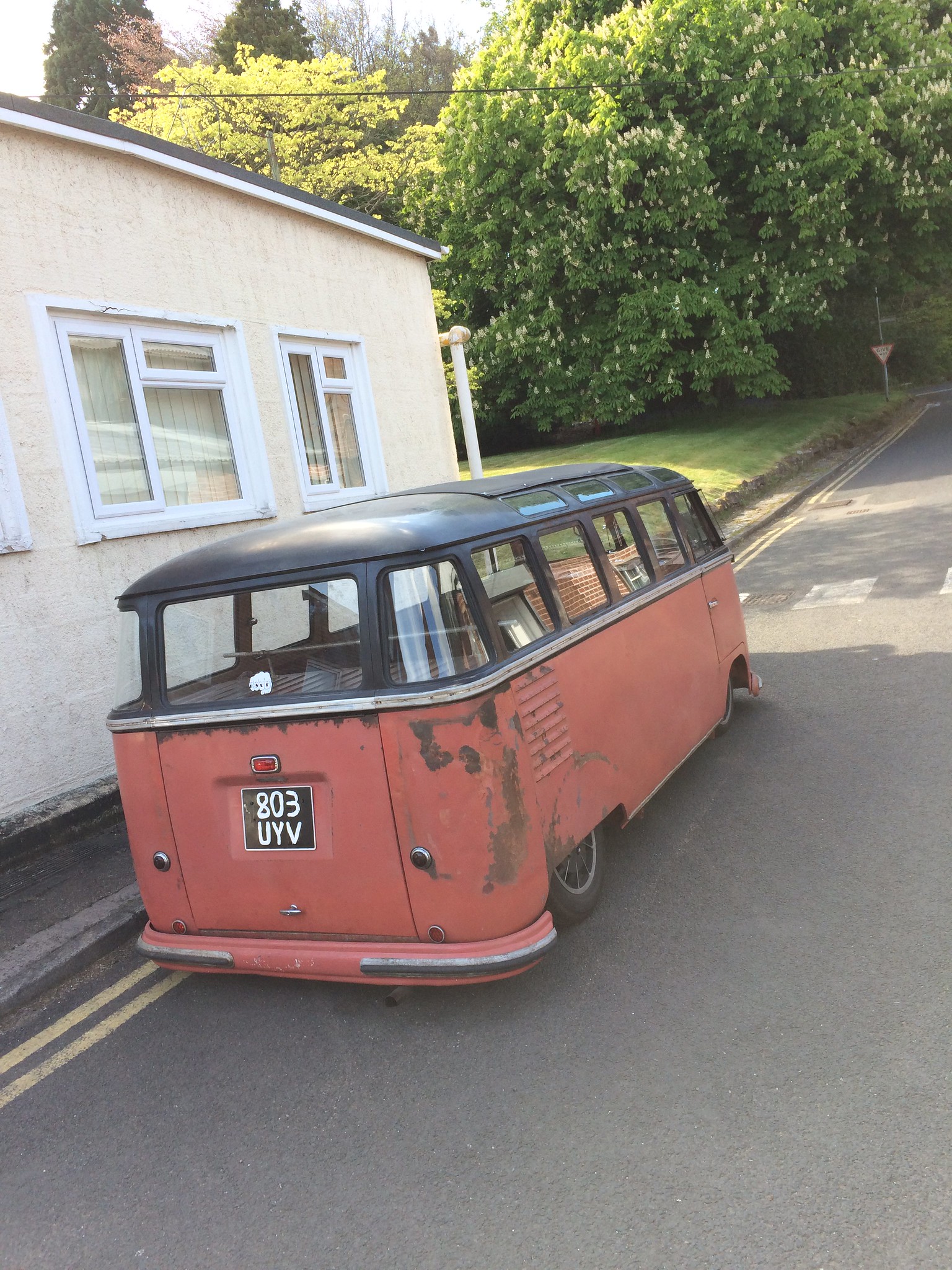 Got out on the open road for the first time and drove pretty well. I need to tweak a few things but didn't catch once other than smashing through a rather large pot hole. 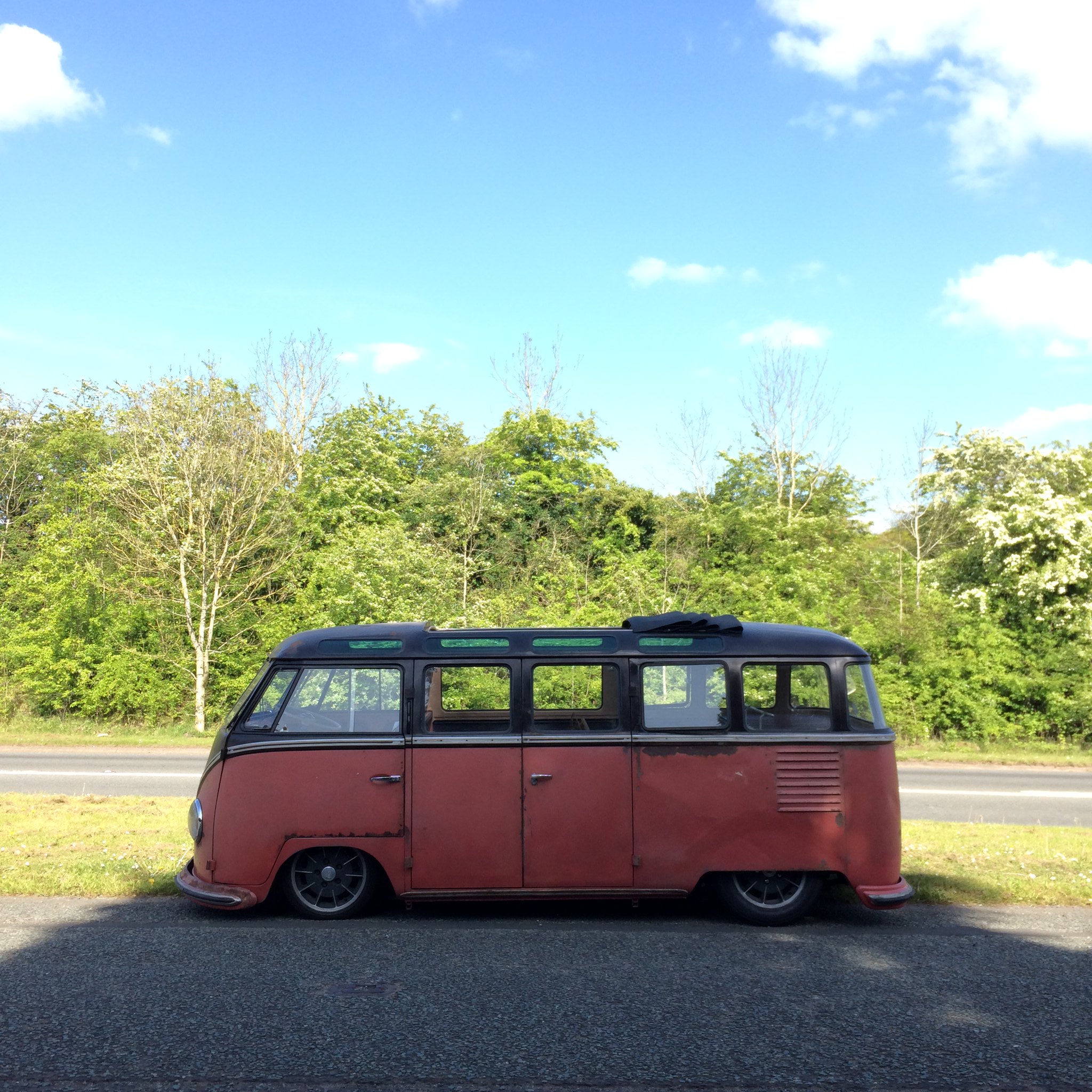 I have had, against my better judgement inner tubes fitted to the burners. The tyre fitter sold me a pretty good story saying they would be fine despite my strong suspicions to the contrary. Anyway that ended the fun there.

Prior to the test drive i had had a chat with Scotty about valve options and had purchased some clamp in style type of valves.These seem to seal and do the job but my actual rims are leaking so I plan to repaint and seal them this week and give them another ago. So sadly the test drive ended there! 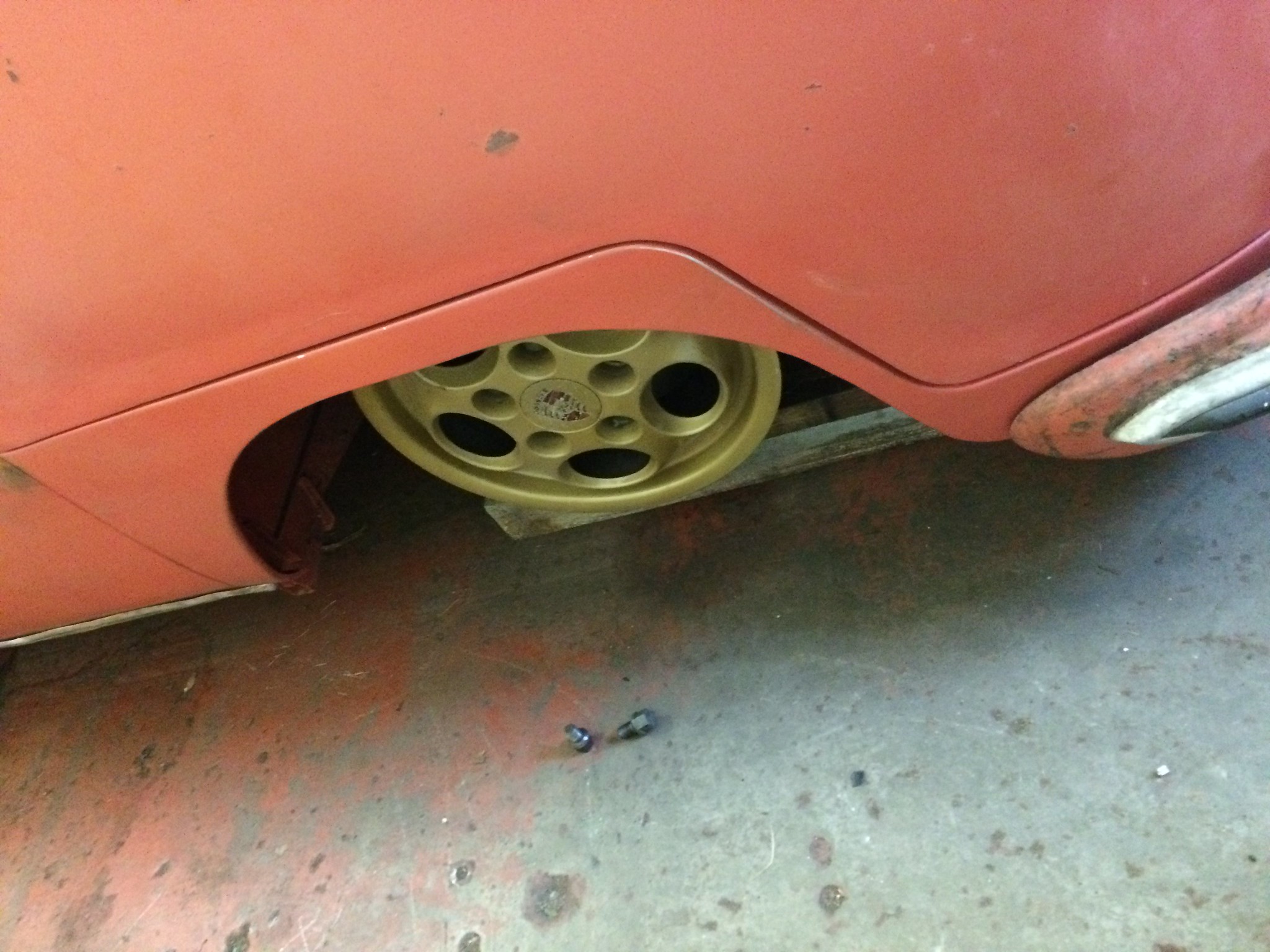 awsome !!!....shame about the flat though. looks soooo cool....you must be so chuffed to finally drive it

Paul Hayward wrote:awsome !!!....shame about the flat though. looks soooo cool....you must be so chuffed to finally drive it

Yup a right pain in the arse! Thanks dude i am very very pleased. Still feels like lots of little things to sort but ill get there! Hessich is getting close now, time is ticking!
Top

Dave, i used a TR415 Tyre Valve on my Burners back in the day, without any problems! May this helps?
Last edited by johnny danger on Mon May 08, 2017 7:59 pm, edited 1 time in total.
GermanRestoKommando
&
Der Barndoor Führers - Slamm Society
Top

johnny danger wrote:Dave, i used a TR415 Tyre Valve on my Burners back in the day, without any problems! May this helps?

Thanks dude, thats exactly what i run on my fuch but they dont fit on my burners. I dont know if on my wheels the valve hole is in a different place but the large base of the TR415's just wont fit because of the proximity to the edge of the wheel.

I got some clamp style ones and they seem to work.

Im just prepping the wheels now to give it another go. 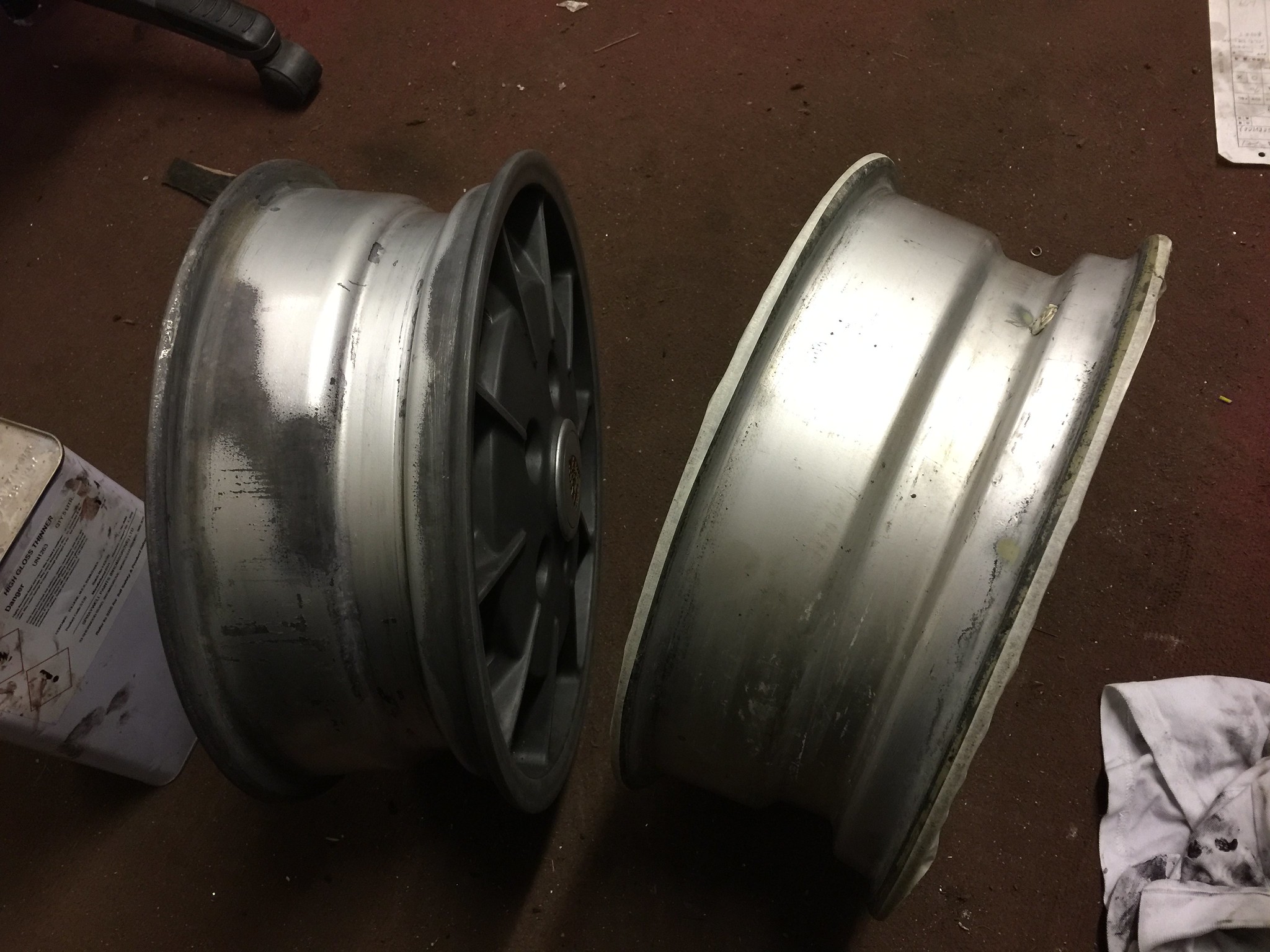 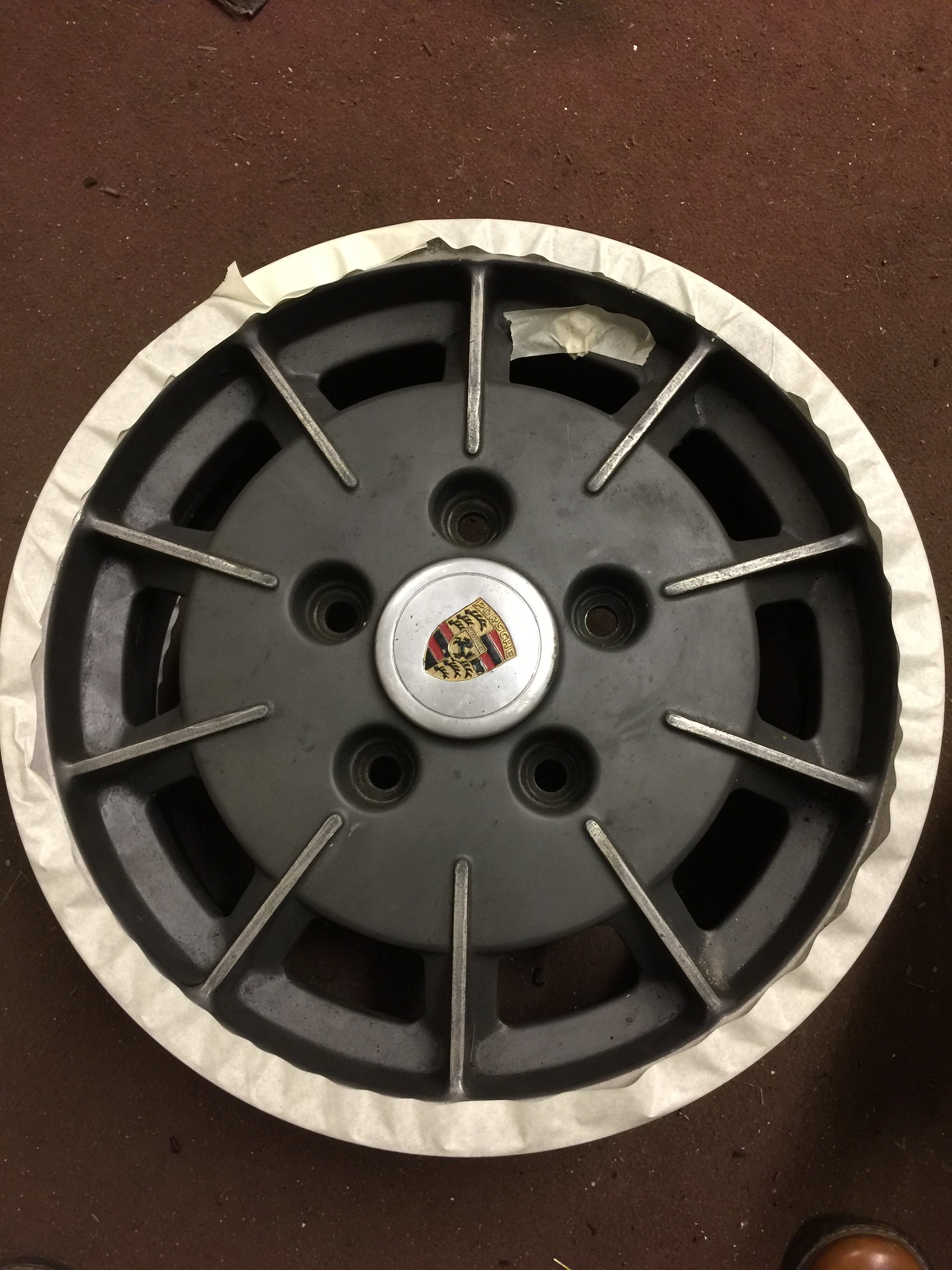 Tyre fitters tell me the tyre is leaking now past/through the wheel so needed me to seal it. Gave them a real good clean and painted a good thick coat of smooth black hammerite. I'll do another coat later in the week and try and get the tyres back on on friday. 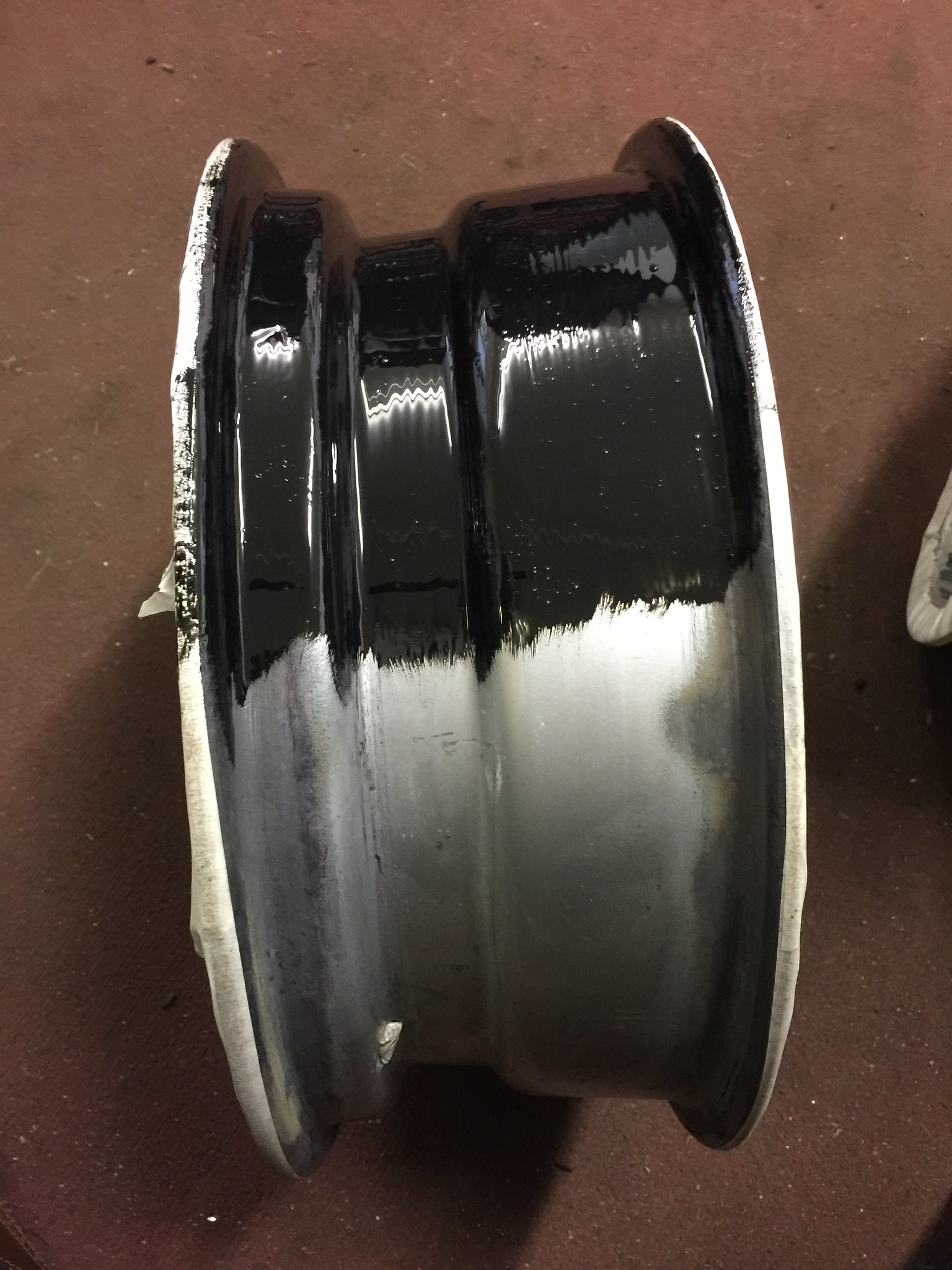 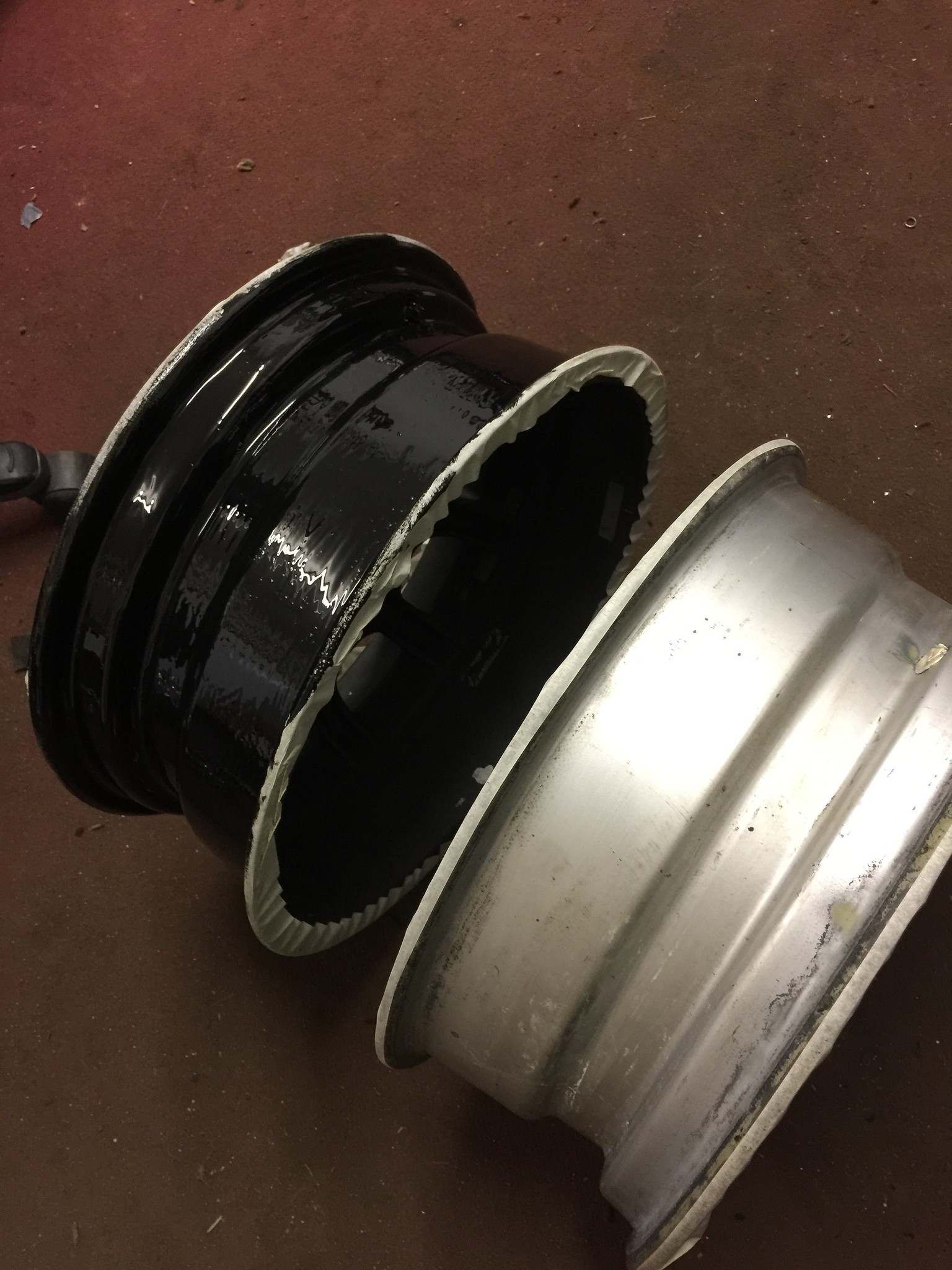 My new plates arrived today too! 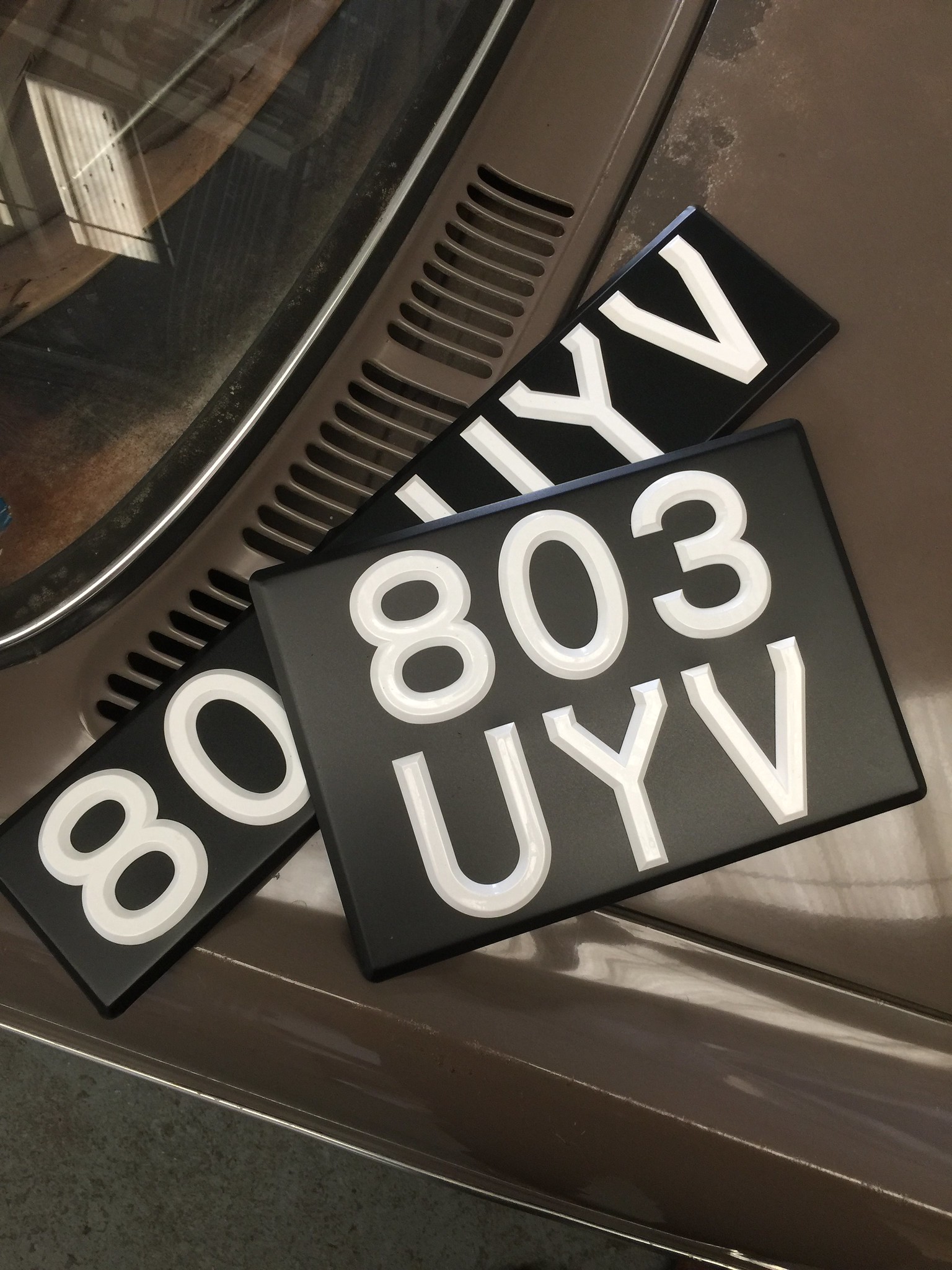 I can do away with my comedy homebrew effort 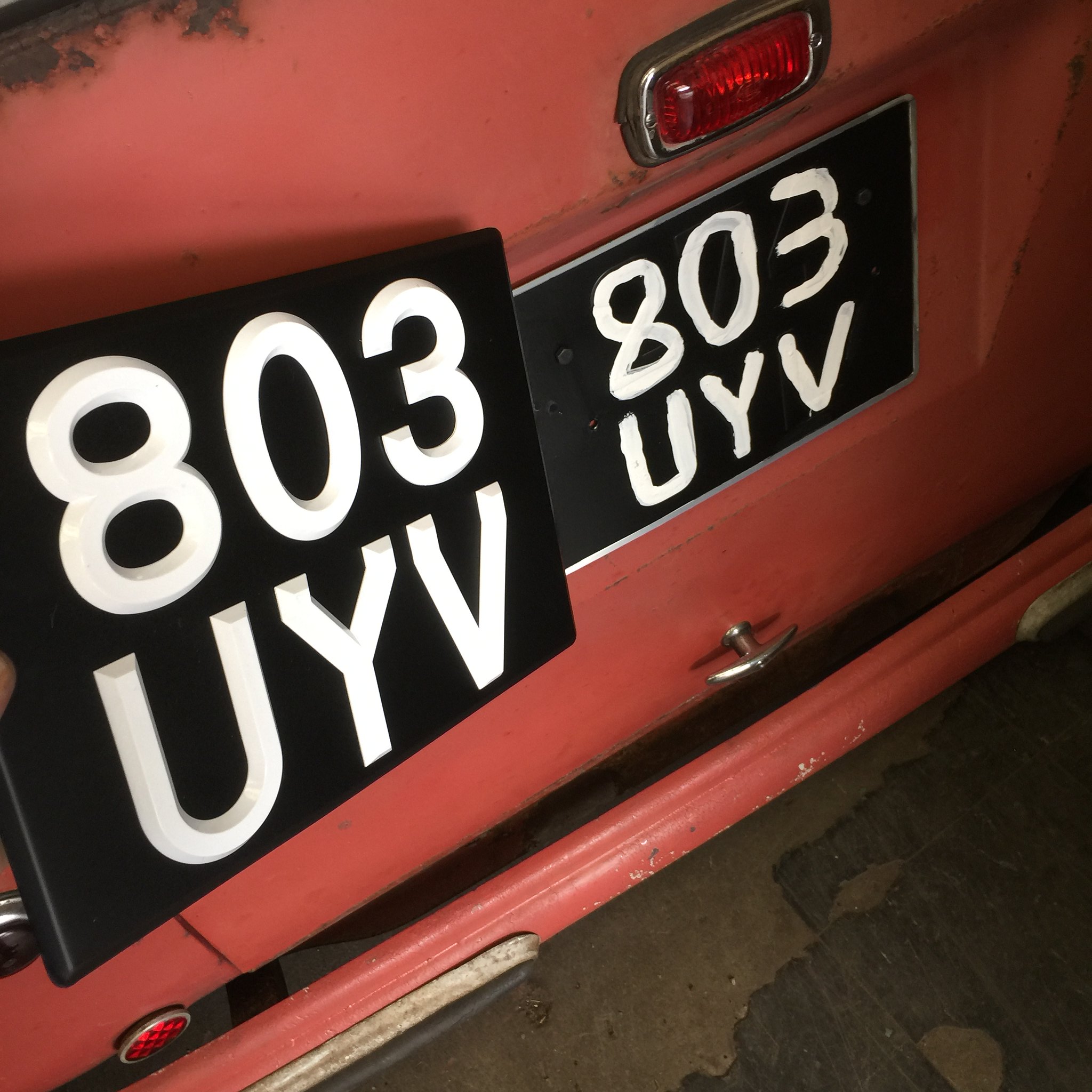 You can get a resin solution to immerse alloy wheels in ... immerse and warm slightly and then remove and warm to dry.. OE manufacturers use this process..
It is supposed to fill the porosity which is causing the leaks..
1965 Type21f
Westfalia Hamburg Type155i 003 viewtopic.php?f=8&t=64012
1965 Devon Caravette, L360 L289 Hammock, Tent, M W Pop

type21f wrote:You can get a resin solution to immerse alloy wheels in ... immerse and warm slightly and then remove and warm to dry.. OE manufacturers use this process..
It is supposed to fill the porosity which is causing the leaks..

interesting thanks dude ill have a google for that
Top

Busy few days so wasnt until last Friday I managed to get another go on the bus. I cant recommend and thank Hi Q Redditch enough for the help with the tyres and wheels. They bent over backwards to try various options, tubes, tyres and valves and in the end sorted the perfect solution and so far the fronts have stayed inflated without inner tubes so very happy 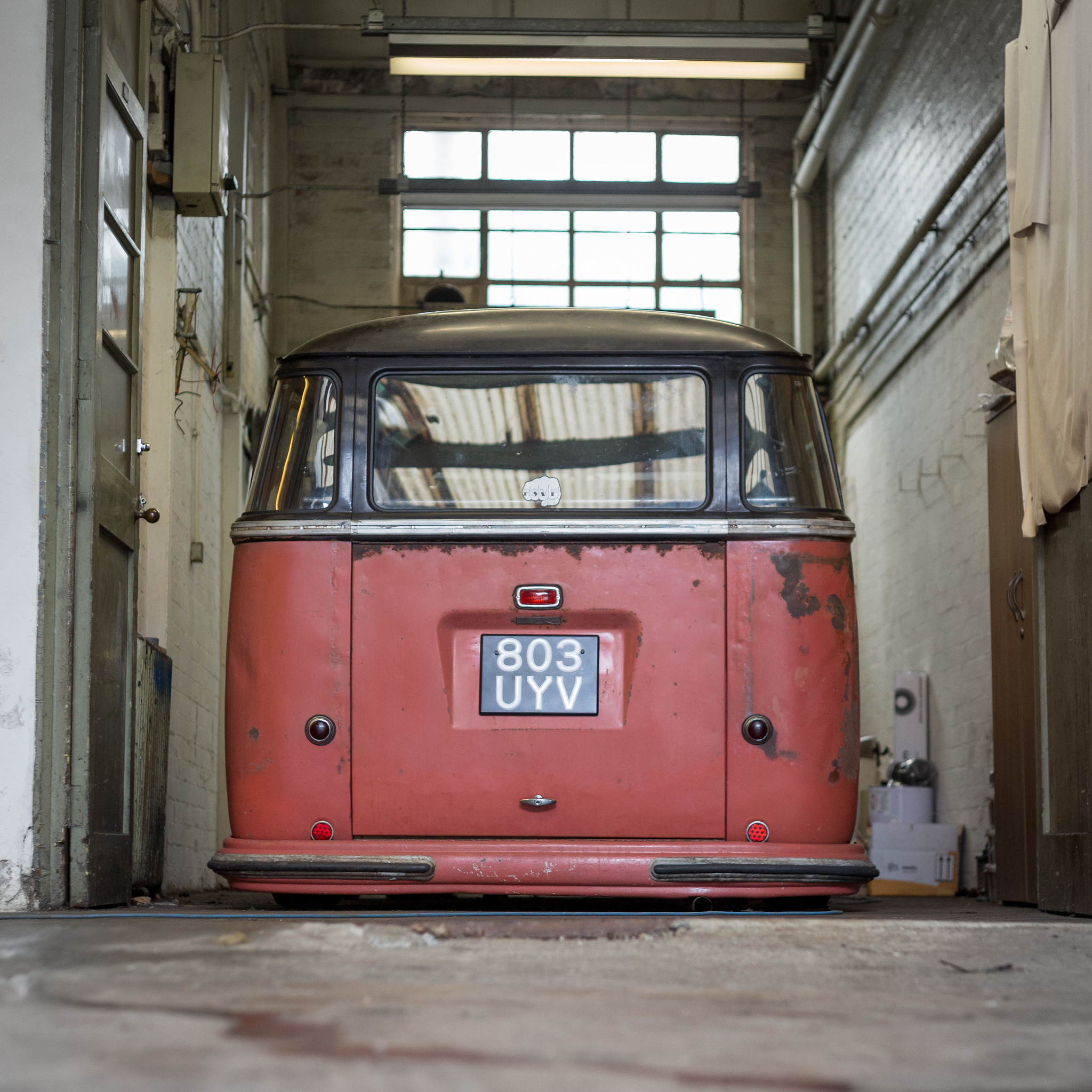 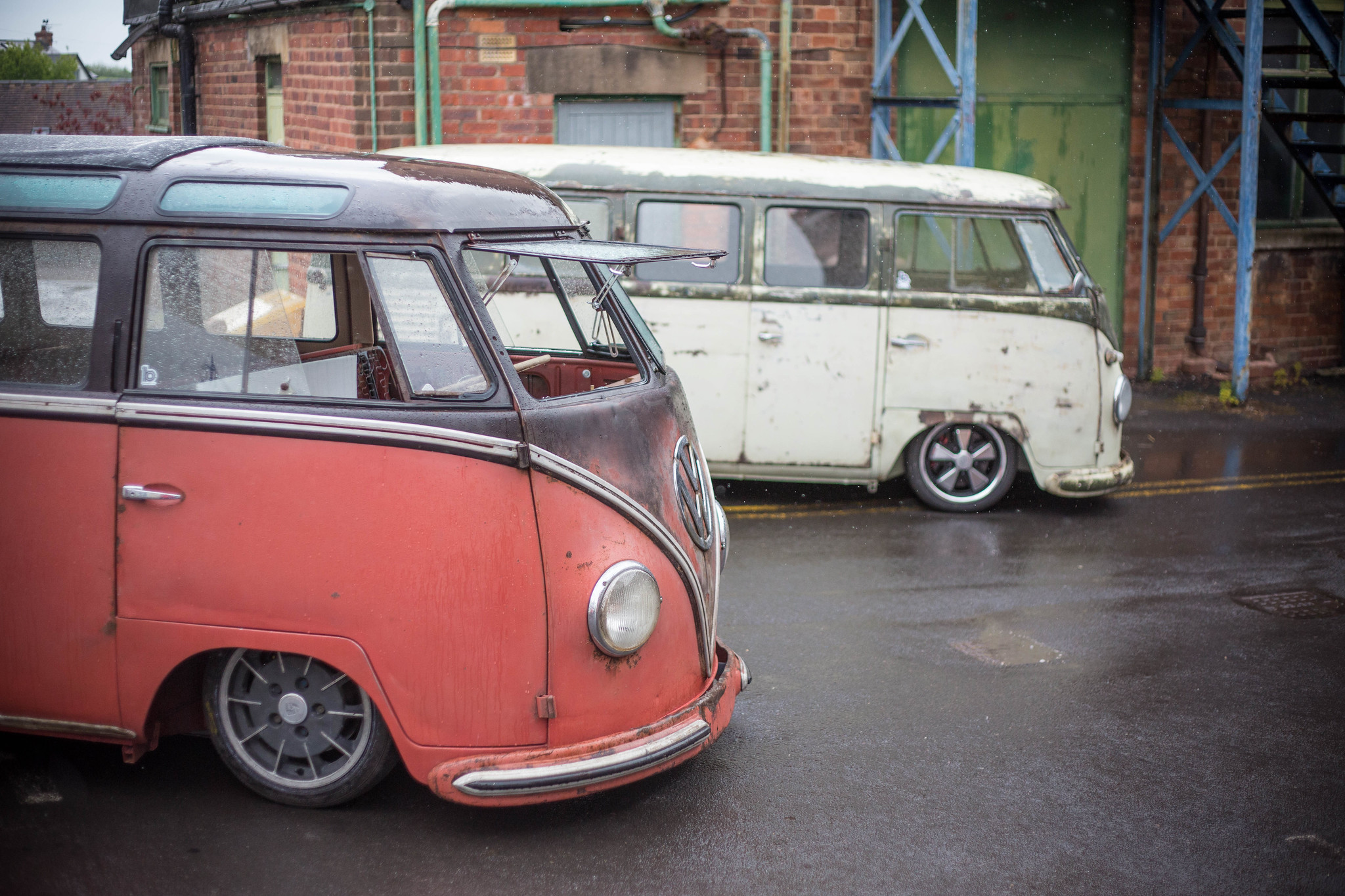 Paul popped by to see me in his PGSG we went for a little spin together! was brilliant to do a little cruise out! 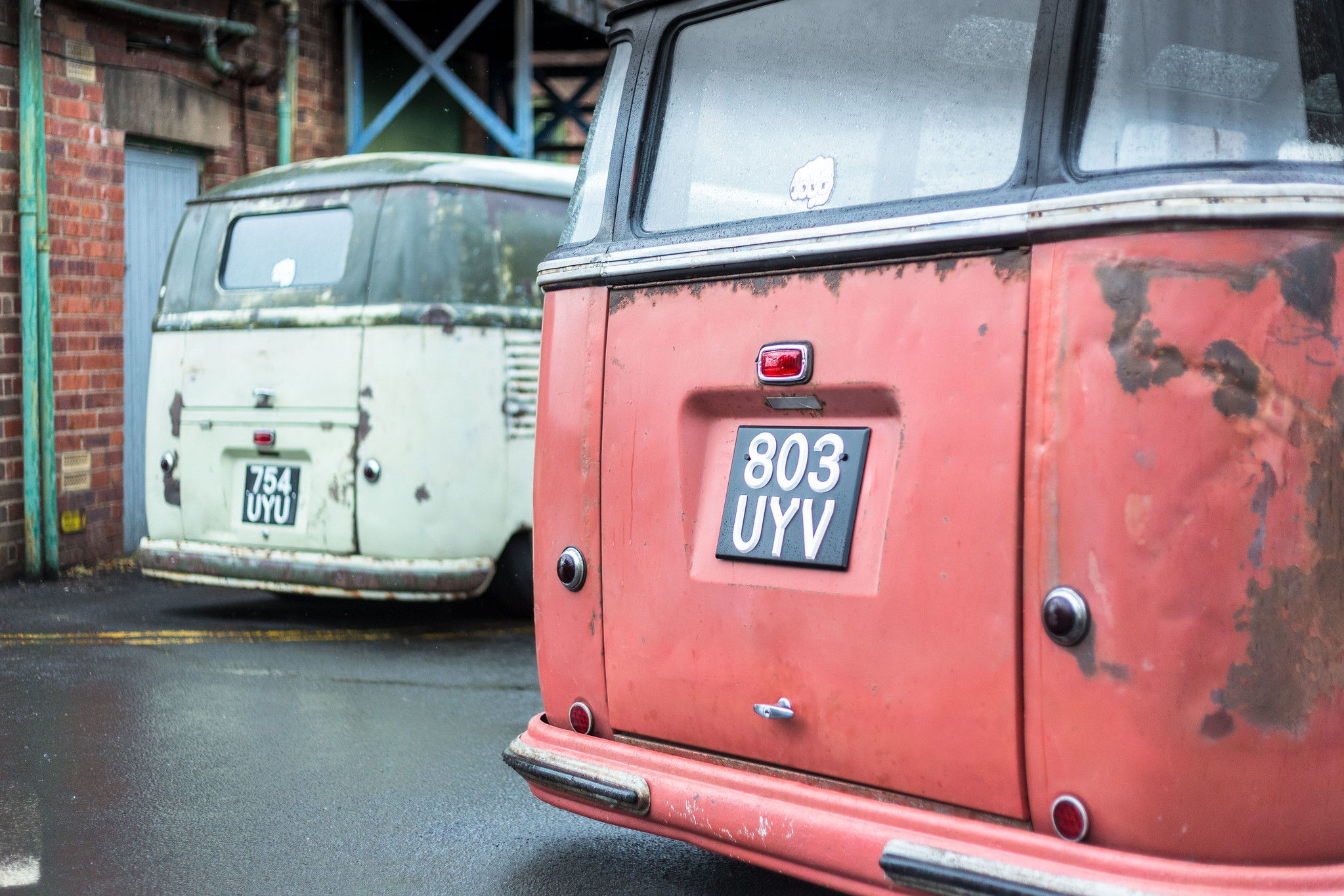 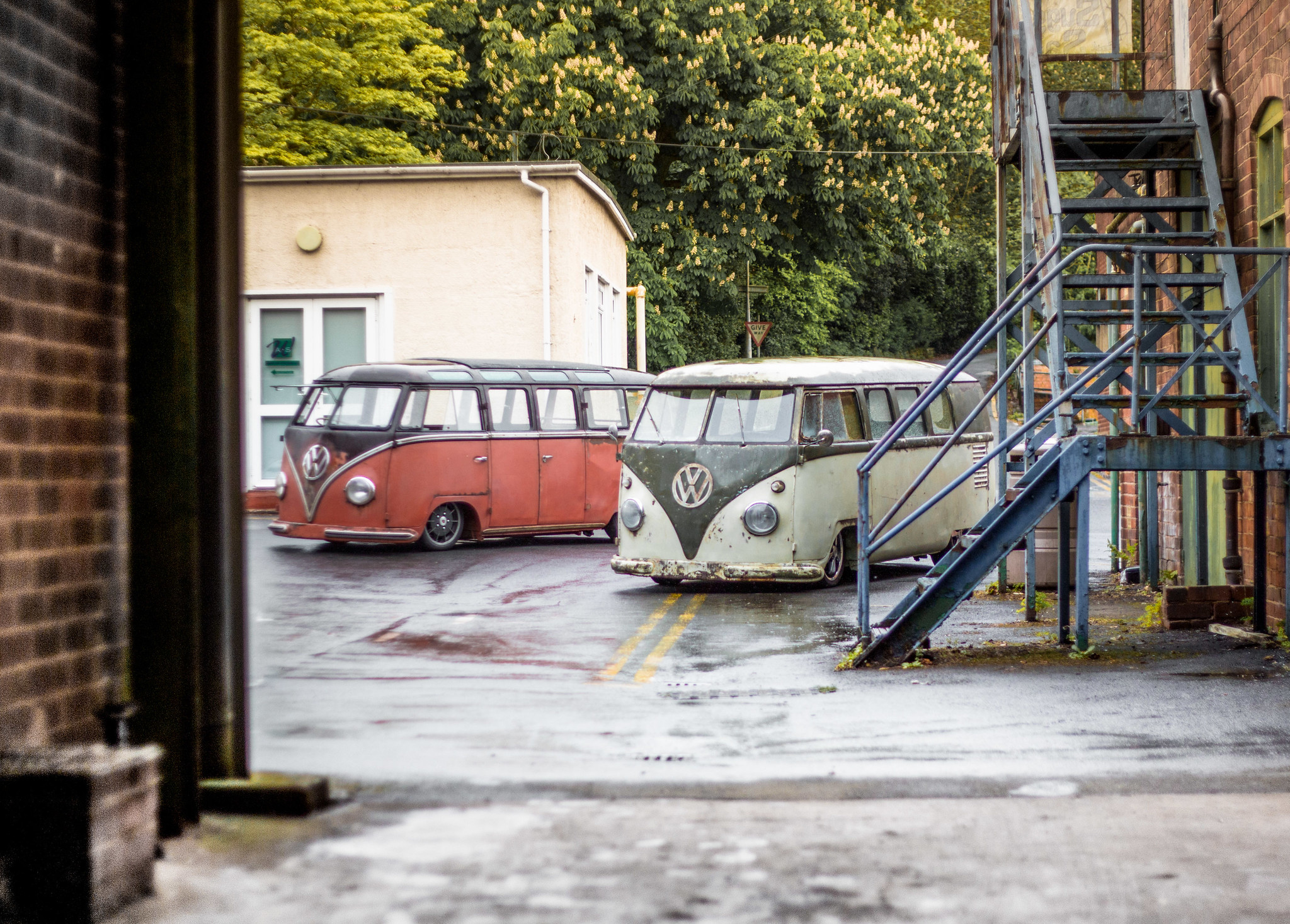 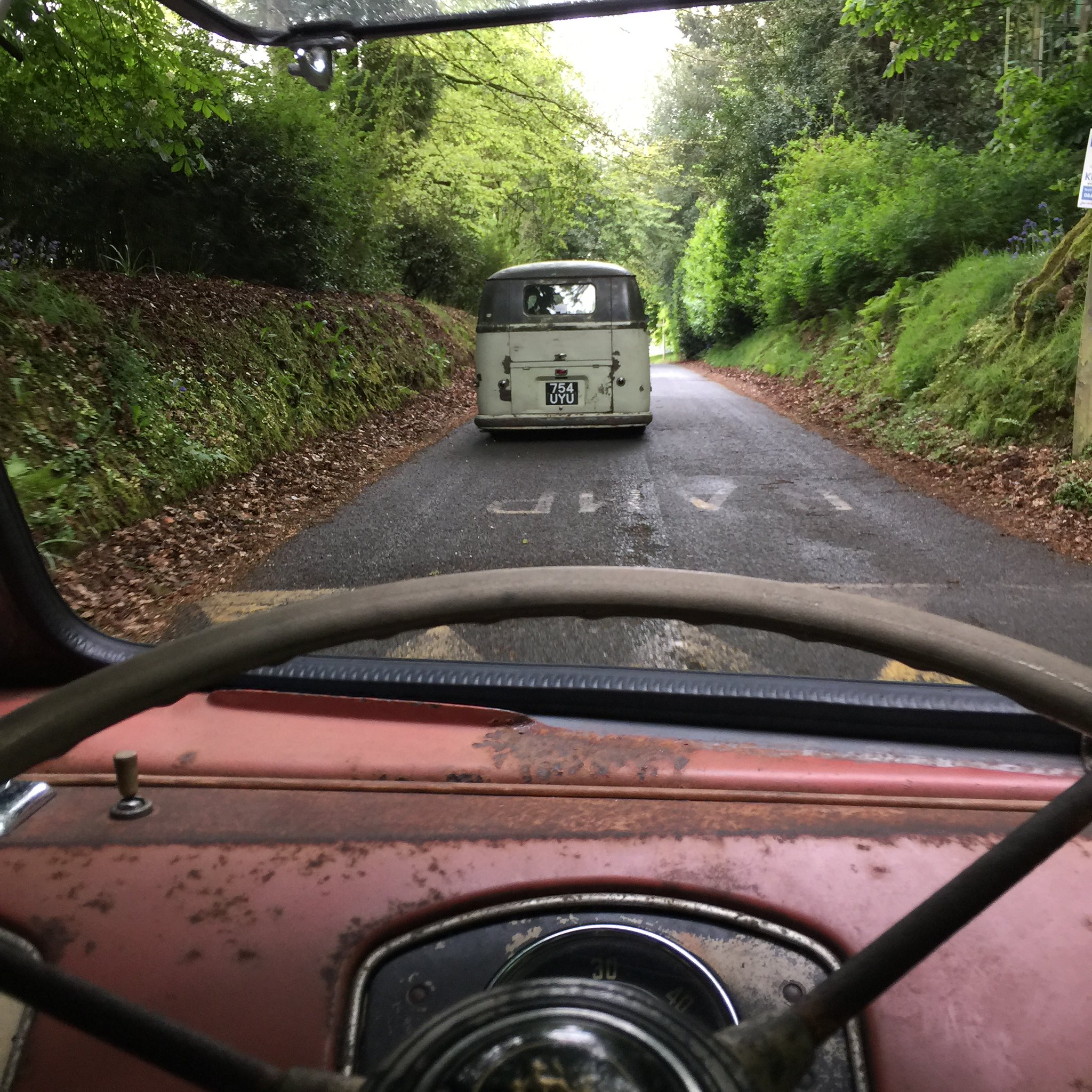 Charlie mastering the subtleties of filling a slammed barndoor 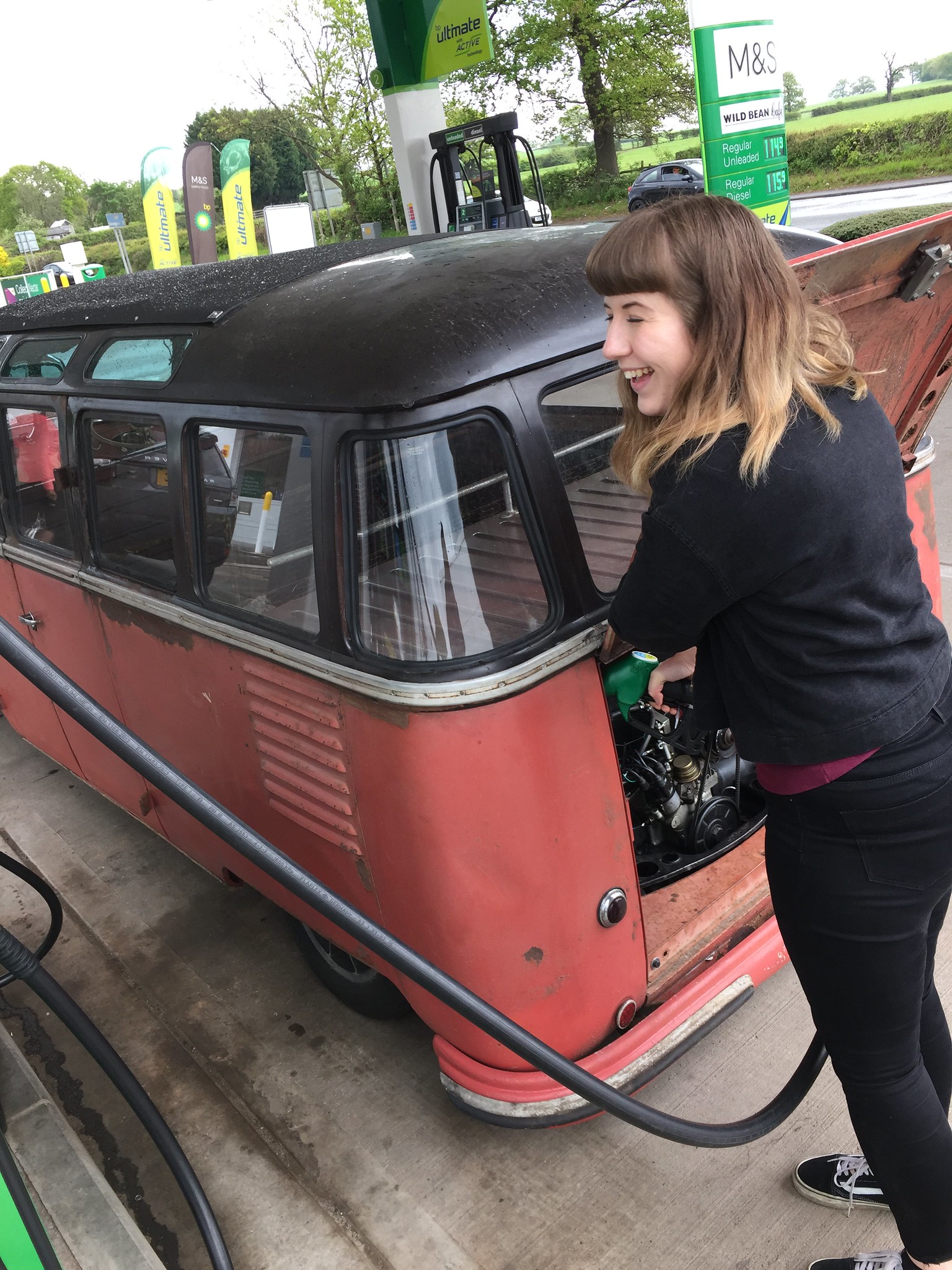 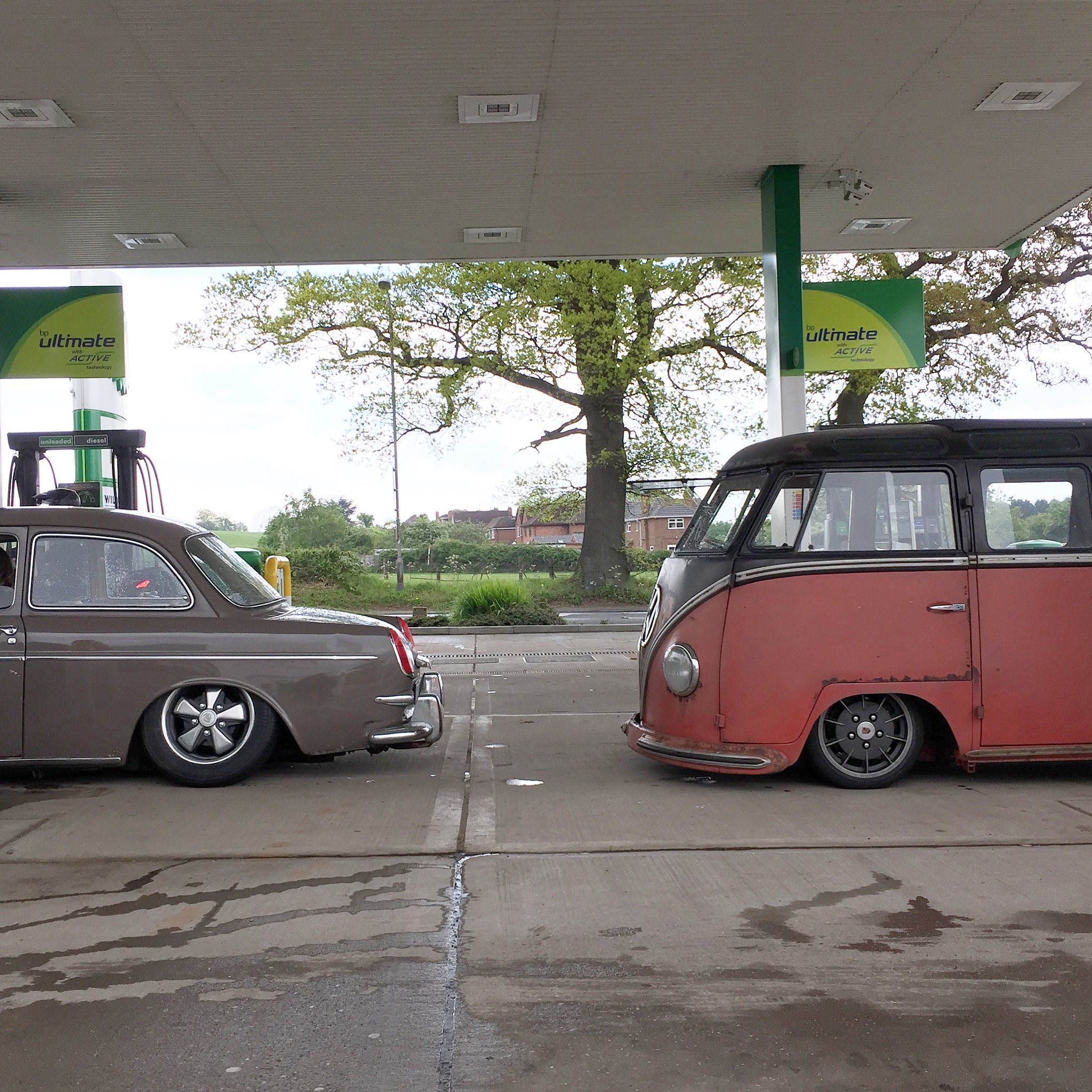 Then Sunday morning we went to an awesome little local show ran by Flat 4 VW club at Avonvroft museum. This is the only snap i took of the bus all day. Parked up first thing next to Noddys Westy 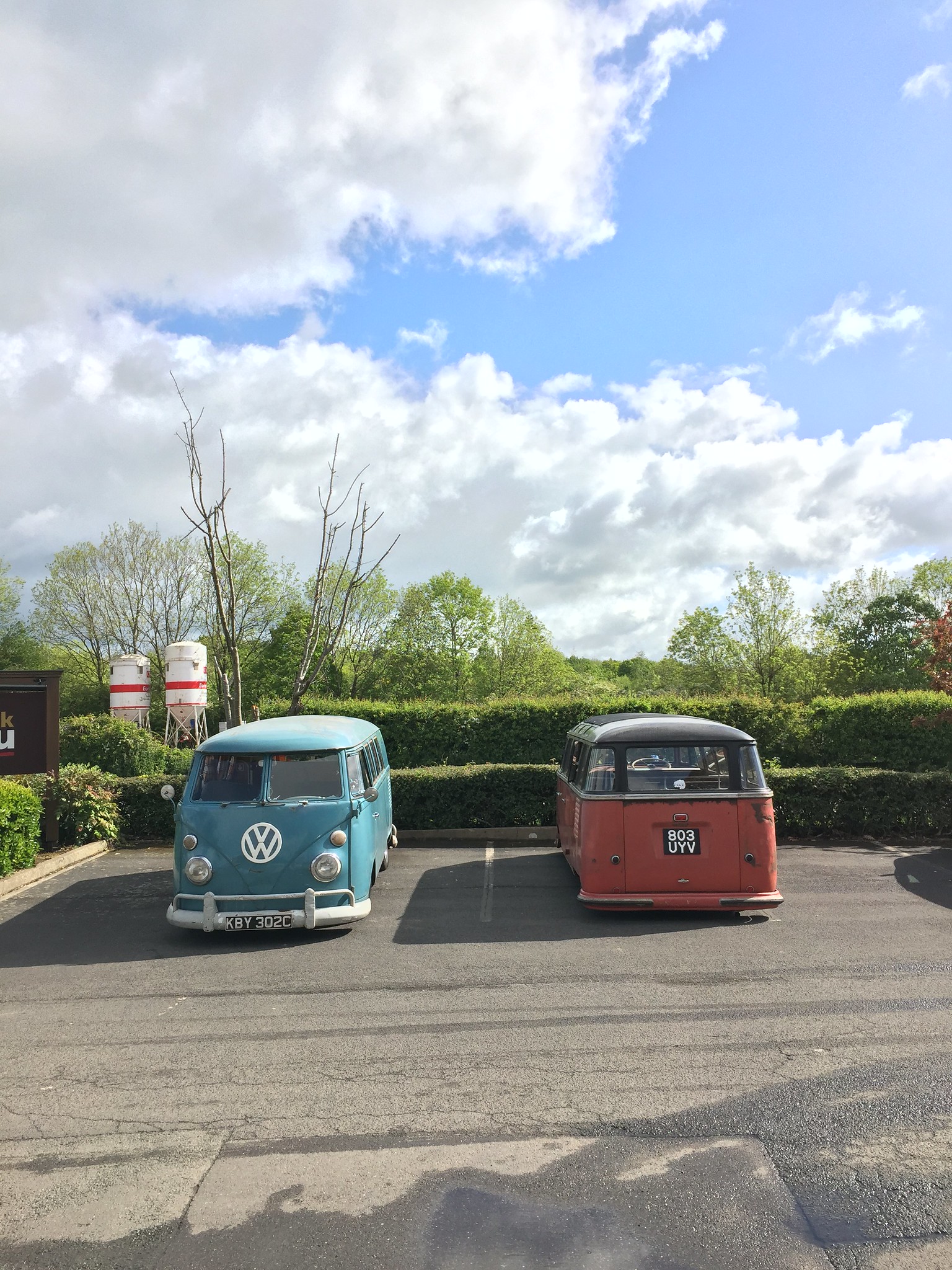