Hi guys , could anyone tell me how I can find out if my engine is original to my bus ? (67 walkthrough westfalia). Kind regards Neil
Top

Without the old registration documents; I think VW are your only option to confirm that, but even then the can only tell you if the number is correct, not the engine itself.

If you request the birth certificate; they won't tell you the engine number, but if you send them the number of the engine that you have and ask them to confirm if it's original they should confirm yes or no. Not sure if they'll do that if you just ask for the cheaper 'data sheet', but you could try.

Before investing the money though; it's worth checking if it's in a possible range by looking it up on the VIN and engine number list on The Samba. If the engine number is more than a few months 'older' than the VIN, or it's younger, then it won't be original to the vehicle.

Have a search on the Samba for info on the style of numbers used and the stamps used to indicate replacement/exchange engines too though (the obvious one is a stamp of a circle made up of two semi-circular arrows prefixing the engine number, but a faint rectangular stamp somewhere near the engine number is another indicator). It used to be common to re-stamp an original engine number on a replacement engine. Even if the number is correct, it might not be on the actual engine that was fitted when built.
Top

Thank you for your help , dark nights are coming so time to do some research!
Top 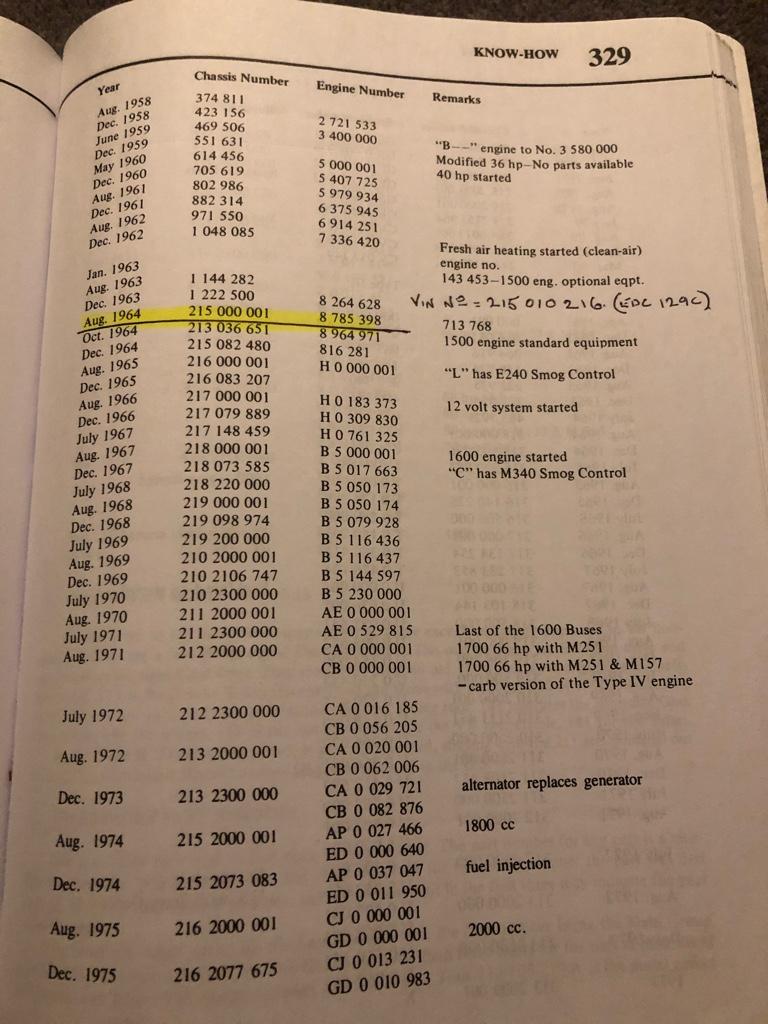 Cheers Steve , that has seriously saved me some homework! Cheers buddy
Top

Hi Steve , my engine number is h 575 3576 . Can you identify the year from that with your book? Kind regards Neil
Top

I'm also building another 1500 motor with the number h222040x , around that number on the case is several vw stamp marksman I right in thinking this is a factory recon unit? Kind regards Neil
Top 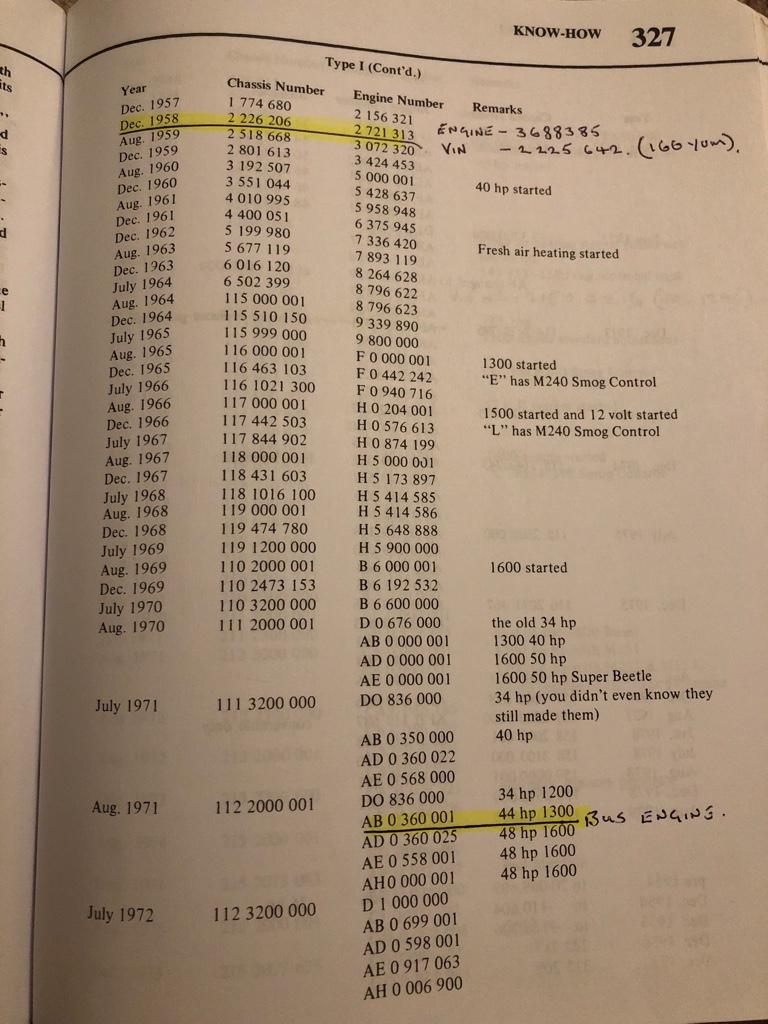 Looks like your engine is a type 1 beetle
DEC 1968