Not heard from Mike so no theme this month, just looking for great buses of any age or type.

So come on, lets see those buses.
Richard

just about got my bus sorted as I want it, although still got a few jobs to do (have't we always!).

Had a nice splitty a few years ago, sold it, regretted it, bought a bay, liked it but missed having a splitty so the search was on for another.

I wanted a usable bus, so not mint, but looking nice with all the toys.

Found this whilst we were on holiday in Newquay summer of 2014 - the previous owner had just used it as a wedding bus and knew nothing about vw's, so it had a lovely interior but mechanically was a bit hit and miss.

It already had IRS but it wasn't really put together very well - the rear trailing arms were bolted the wrong side of the spring plates and the driveshafts were too long so they had been punching away at the gearbox flange seal and oil was leaking everywhere.

So fitted beetle IRS driveshaft with Cv spacers, adjustable spring plates & put it back together properly.

Swapped the standard front beam for a 2" narrowed CB beam with CSP front discs, swapped the steels for BRM's (alhough it's currently sitting on some chrome empi 5's as I am a bit of a wheel junkie and can never seem to stick with the same wheels.

Fitted a dual circuit master cylinder, beltline trim and a few other bits and bobs to bling it up a bit.

I'll stop my waffling now and show you a couple of piccies...

Built a unit to fill the gap between the seat and the side panel..

here you go maddison - it's sitting a bit high at the front at the mo as i've raised it as high as it can go on the beam adjusters to fit some dropped spindles...

Dark gray upholstery round out the interior!

The story behind this bus can you read in my other thread "german 1963 panel project"!
Live your live! YOU ONLY LIVE ONCE!!!
Top

Bought in 2010, converted at some point in the past to resemble a 15 window but found to be full of bog/clag/bondo (use your preferred word

). Not period correct in lots of places but I don't care - I still love it!

Had a home-build makeover during 2011-2013, all work done either on my drive or in my single garage (including respray) and returned to 11 windows. Now looks like this:

Only the retrimming of the seats was done professionally, in early 2015:

U trying to upstage me Nige ??

Interior looking good - will have to come take a peek when the weather gets better!
Top

Three great entries, anyone else?
Richard

My westie(Finnley) driving my bus!! 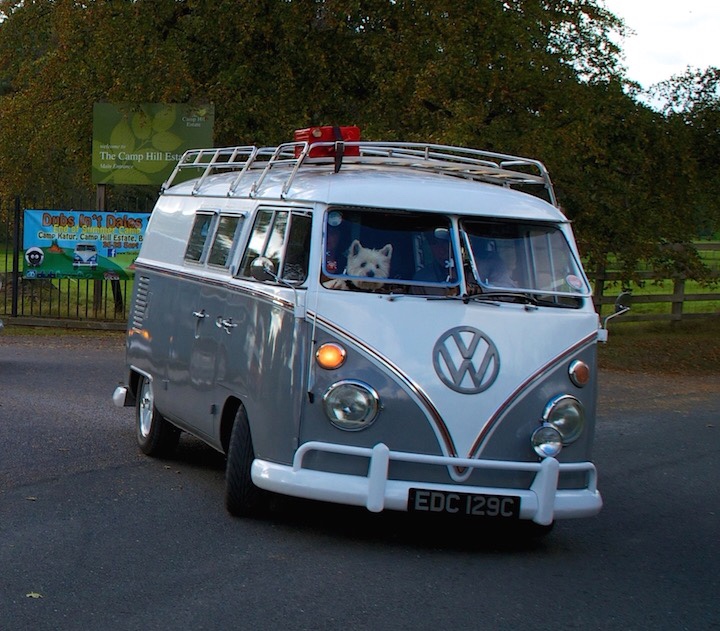 By the way...Congratulations to the other candidates ... wonderful specimens !

An honor to be able to compete with these vehicles !

Greats from germany
Sascha
Live your live! YOU ONLY LIVE ONCE!!!
Top

I hear a bit of competition is a healthy thing Ade

We'll catch up in the spring mate when I bring the bus back out of hibernation. I've got it stored away from my house so I could make a start on the wife's Karmann Cab project

If i'd have realised that we were going to use cute dogs to gain votes, I might have posted a piccie of Brannie, although alas she is not old enough to drive my bus..

Return to “Van of the Month”